Los Angeles, Calif., January 8, 2009 – Electronic Arts Inc. announced today that the third iteration of the Command & ConquerTM franchise’s beloved Red AlertTM series is returning with Command & Conquer Red Alert 3: Uprising exclusively for the PC. An epic single-player campaign expansion, the standalone title catapults players deeper into the Red Alert universe, giving them more of the action-packed gameplay they have been clamoring for, while offering a gauntlet of new and compelling challenges with the new Commander’s Challenge mode. Command & Conquer Red Alert 3: Uprising will be available for digital download this March.

”Uprising is a game that in many ways reflects the feedback we have gotten from the Command & Conquer community,” said Amer Ajami, Senior Producer at EA Los Angeles. “We’re giving gamers more of what they want – more of the fast, fluid and fun gameplay, more of the story we began to tell in Red Alert 3 and more cutscenes featuring top-notch Hollywood talent. At the same time, we’re excited we’re going to be able to bring new things to the mix, including new units and the Commander’s Challenge, which is a great way for players to hone their skills and get deeper into the combat.”

Command & Conquer Red Alert 3: Uprising takes players into the aftermath of the epic battles in Red Alert 3, with the Soviets still reeling from a crushing defeat, the Empire of the Rising Sun desperately trying to regain both honor and identity and the seemingly victorious Allies finding themselves in the midst of corruption and deceit within their own ranks. In addition to four mini-campaigns, one for each faction and one bonus campaign centered on the origins of the Empire of the Rising Sun’s commando Yuriko, Command & Conquer Red Alert 3: Uprising will also introduce the new Commander’s Challenge, enabling the players to test their skills against a set of nine commanders from different territories and difficulty levels in 50 unique challenges with their own special rules and unique conditions.

In true Command & Conquer fashion, top Hollywood talent will be delivering the gripping story in full HD live-action cinematics. Fan favorites Gemma Atkinson and Ivana Milicevic will make their stunning return to the high ranks of the Allied and Soviet leaderships and will be joined by an all new sets of stars, who will be announced soon. 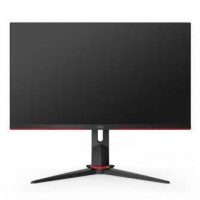