Brighton, January 8, 2009 – NCsoft, the world’s premier publisher and developer of massively multiplayer online games (MMOs), today announced the commercial launch of City of Heroes for the Apple Macintosh® across all NCsoft West consumer territories. Now PC players and Mac players can live their comic-book dreams together, in the shared fictional world of Paragon CityTM and the Rogue IslesTM.

The game has been enabled for the Mac by TransGaming, Inc. (TSX-V: TNG), a leading developer of portability technologies for the electronic entertainment industry. Mac players can now purchase the digital-only Mac Special Edition of City of Heroes, from NCsoft’s PlayNC® store. The Mac Special Edition includes the client, 30 days of game time and a set of exclusive in-game items.

“Our community is excited that City of Heroes is coming to Mac,” said Brian Clayton, executive producer of City of Heroes for NCsoft West. “We are thrilled to offer avid Mac fans the ability to play the most robust comic-book inspired MMO on the market.”

In City of Heroes, players craft their own unique hero or villain identities and join millions of other player created characters in a constantly expanding universe. Unparalleled character customisation is a hallmark of the City of Heroes franchise. Players can choose from hundreds of different powers and thousands of costume options, resulting in near limitless personalisation. Players may go it alone or band together with others in Supergroups. 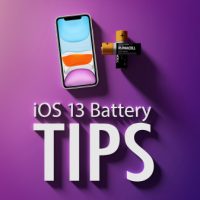