It’s been six months since the LG Optimus G was released and it seems we have already come across its successor. The Optimus G2, as it is being called, was spotted getting its Bluetooth certification at the Bluetooth SIG and also in AnTuTu benchmark scores.

You can sign up for Nintendo's newest mobile game, Miitomo

HTC One (E8) is headed to Sprint in the United States 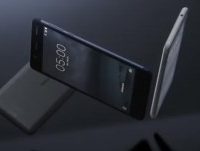