If you’ve ordered the 16GB version of the white Google Nexus 4 in the past couple of days, you may have received a notification that your order is being intercepted and returned to sender.

No word on what the cause could be, and the only information from Google at this point is that it is aware of the issue.

The Google Nexus 4 in white was announced on May 28, and became available on…

Sony to reveal something 'slimmer, lighter, brighter' at MWC

Samsung Gear S3 lands in India, to go on sale next week 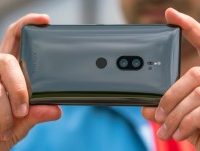