As a part of iOS 7’s major redesign, shown off at Apple’s Worldwide Developer Conference keynote yesterday, the company redesigned the icons of all of the core Apple apps, giving them a simpler and cleaner look.

9to5Mac notes that the icons for both the iOS 7 Maps app and the new Maps app coming in OS X Mavericks appear to show off the location of Apple’s “Campus 2”, frequently informally referred to as the “Spaceship” campus. Prior to iOS 7, the Maps icon featured Apple’s current headquarters on Infinite Loop in Cupertino.

The icon design is greatly simplified, but does show a navigation route running just to the north of Interstate 280, corresponding to the location of Apple’s Campus 2. Apple’s Infinite Loop campus is located just south of Interstate 280, as is reflected in the current icon.

Campus 2, just a short distance away from Apple’s current headquarters, is dominated by a circular 2,800,000 square foot 4-story building designed to hold 13,000 employees. It has a targeted completion date of 2016.

Apple May Build $1 Billion Research and Development Center in Vietnam 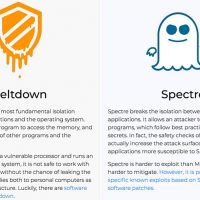 Hands-On With the M2 MacBook Air: All Your Questions Answered