Apple and IBM announced exclusive global partnership to transform enterprise mobility. The duo of tech behemoths will launch a new class of business apps for iOS, which will bring IBM’s data and analytics expertise to the Apple’s iPhone and iPad family.

The strategic partnership will try to address some of the key industry challenges in four major aspects. They involve over a hundred specific enterprise solutions, including native apps for iPhone and iPad, iOS-optimized IBM cloud services, AppleCare service for enterprise, and IBM offerings for device activation and management.

The lineup of IBM solutions for iOS will be called MobileFirst. As part of the agreement between the two companies, IBM will sell iPhone and iPad devices with tailored enterprise solutions to its business clients.

The first IBM MobileFirst apps for iOS will debut this fall. More solutions will follow suit in 2015.

With the IBM partnership, Apple aims squarely into a segment currently dominated by the likes of BlackBerry and Microsoft. The strategy shift will open a whole new, incredibly lucrative market for the Cupertino giant.

Sony Xperia XA2 Ultra is the H4233 that leaked in September 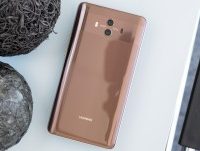