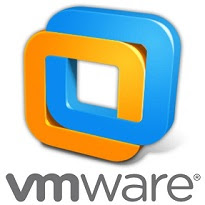 VMware player is virtualization product just like VirtualBox. It is offered free of charge for personal use by VMware corporation. VMware Player can run existing virtual appliances and create its own virtual machines (which require an operating system to be installed to be functional). It uses the same virtualization core as VMware Workstation, a similar program with more features, but not free of charge. Instead of buying and shipping hardware, simply provide use VMware Player along with a virtual machine containing your standardized desktop image.
VMware claims the Player offers better graphics, faster performance, and tighter integration than any other solution for virtualization. 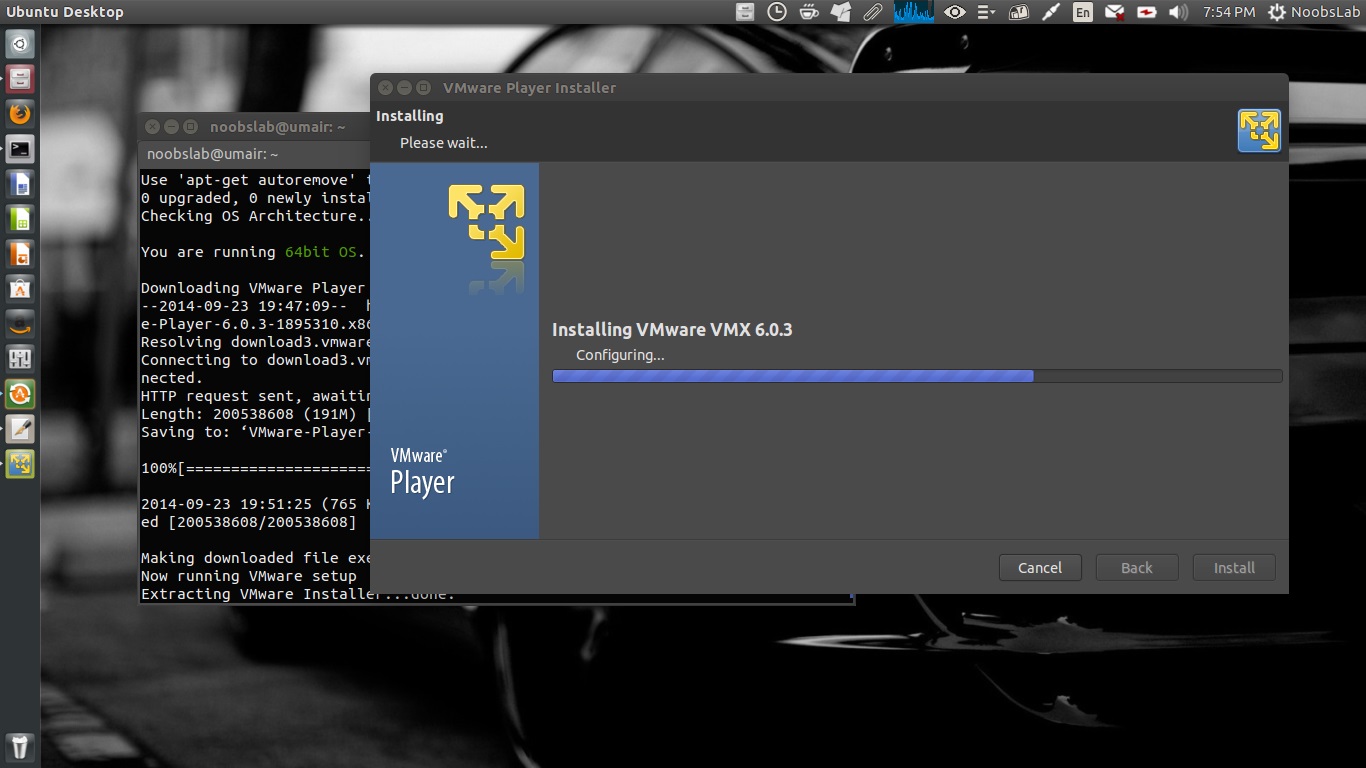 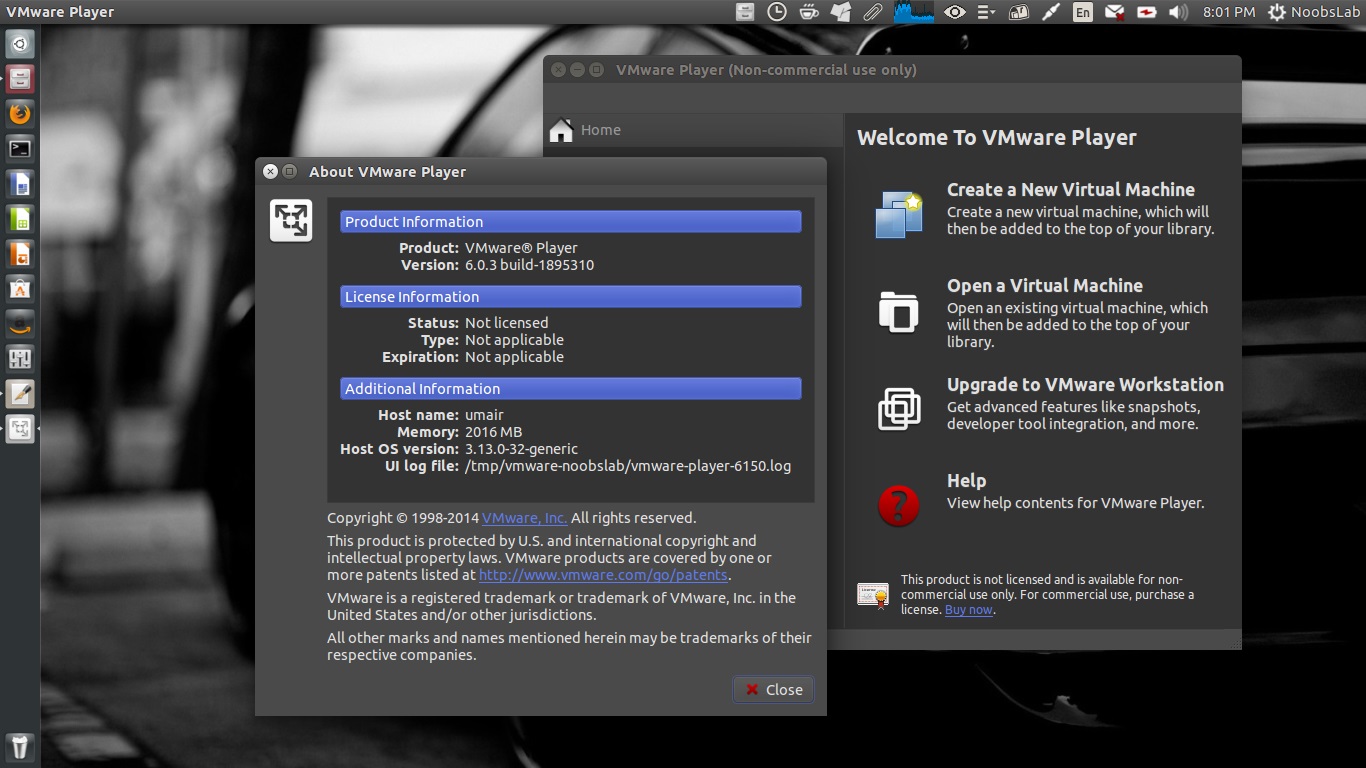 I wrote a script to automate the installation, you just need to enter three commands and just few clicks to get it install. Also keep in mind that always read a script before executing in your system.

To install VMware Player in Debian/Ubuntu/Linux Mint/Ubuntu derivatives open Terminal (Press Ctrl+Alt+T) and copy the following commands in the Terminal:

If you want to uninstall Vmware Player from your system then enter following command in terminal: 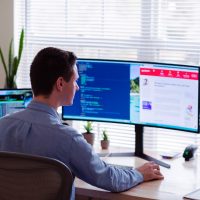