Skip to content
Like? Share with your friends.FacebookGoogle PlusTwitterPinterestLinkedInEmail
Slingscold Launcher offers two different versions one is full-screen and other is not but it has other feature ‘filter icons’. Rest is pretty much same for both launchers.
Slingscold is full-screen lightweight application launcher written in Vala using GTK + Cairo, it is look like launchpad of Mac OS X. It’s search perfect and throws applications by name priority whatever type. Whenever open Slingscold launcher it makes background wallpaper effect gradient for better look. By exploring pages it exposes all installed applications/and other icons.
It can work in all desktop environments such as Unity, Gnome, Gnome Classic, Mate, Cinnamon, KDE, XFCE, Cairo Dock session, Phanteon and LXDE.
Other version of Slingscold Launcher is not full-screen but also displays icons as filter like other desktops menus/dash does (Unity/Gnome shell).
Screenshots of Slingscold Launcher (With Filter – No Fullscreen) 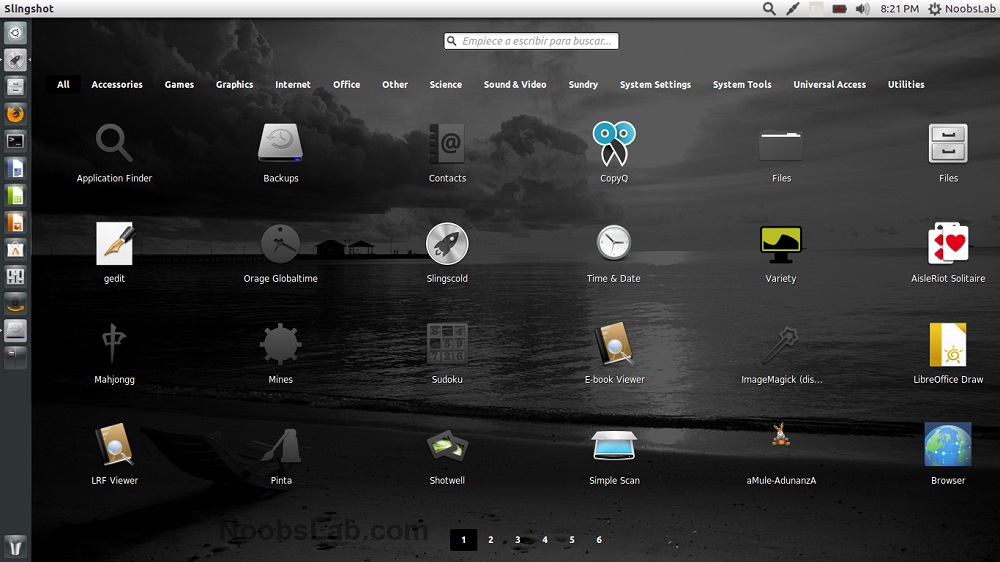 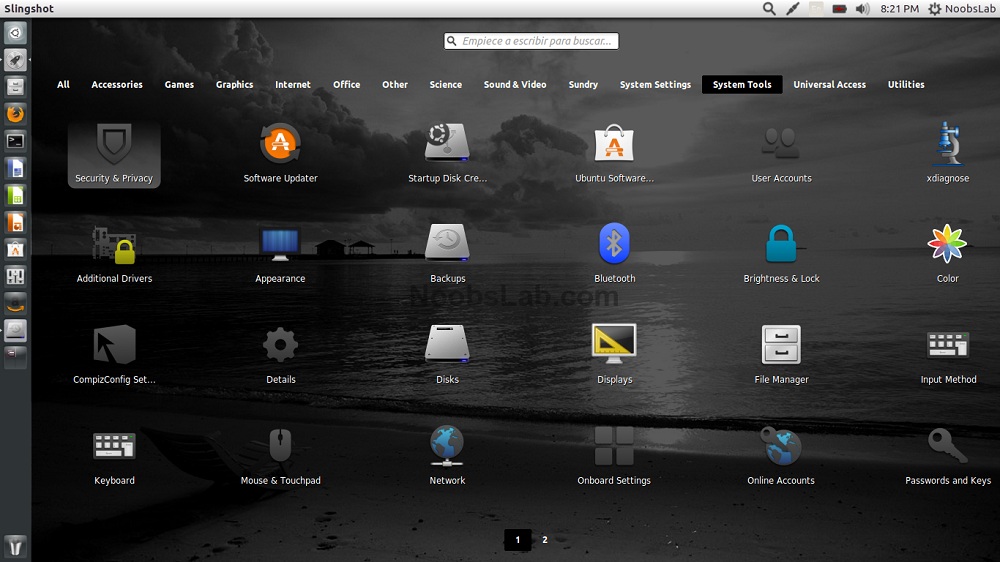 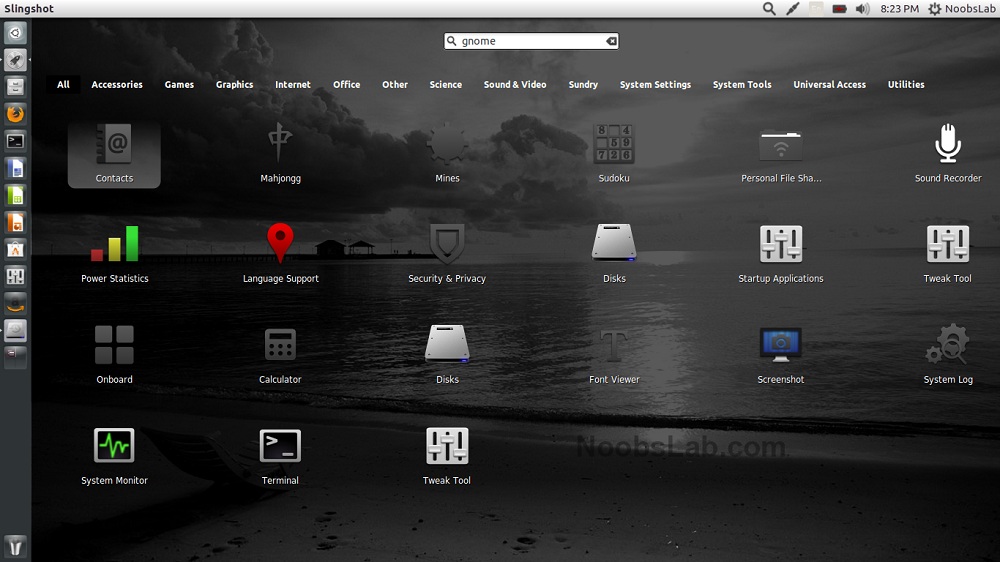 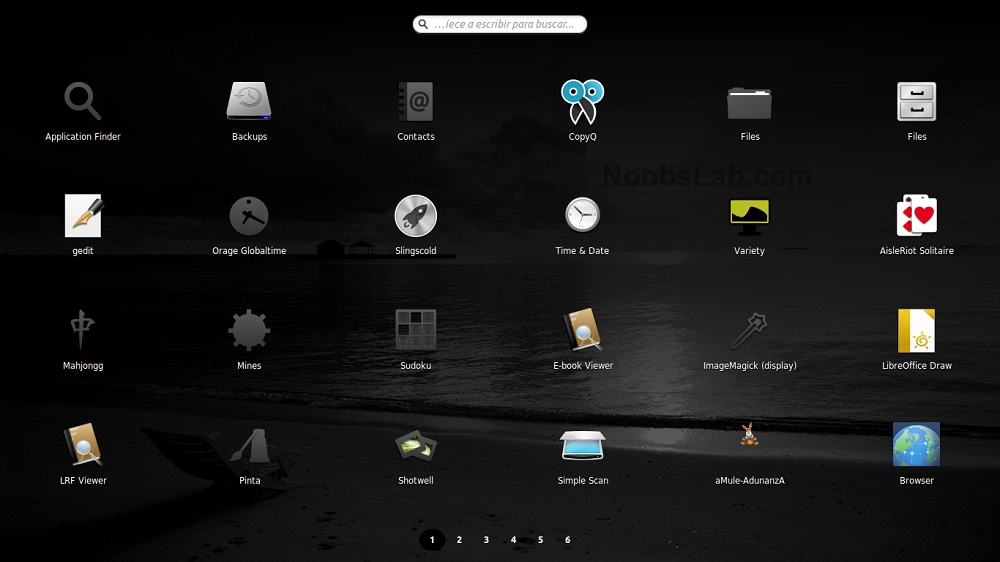 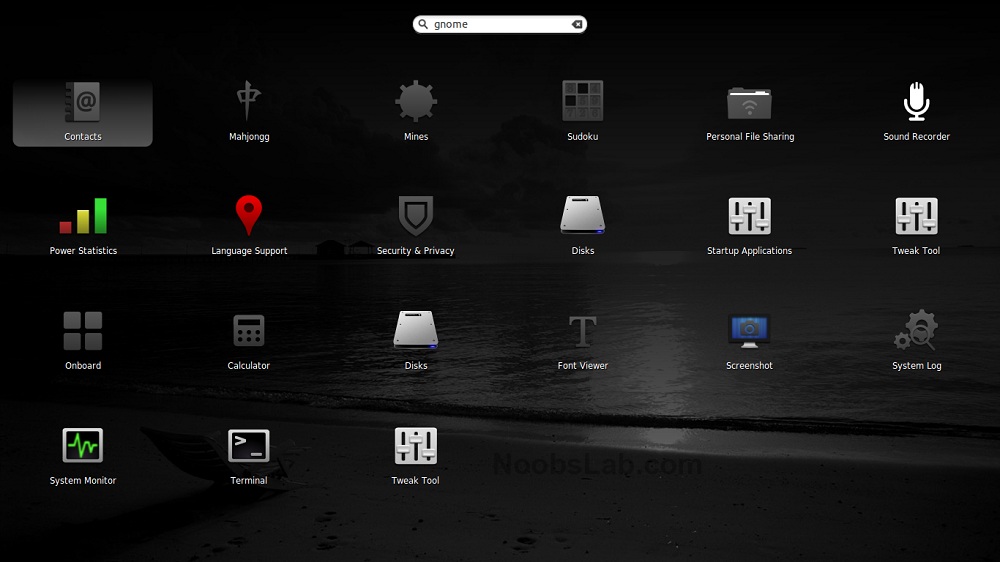 You can set shortcut key to access Slingscold easily by going into System Settings > Keyboard > Shortcuts > click on Add button
Name: Slingshot (Whatever you like)
Command: slingscold
Shortcut key may or may not work in Ubuntu 14.04 Trusty (In my test shortcut key displays empty launcher) 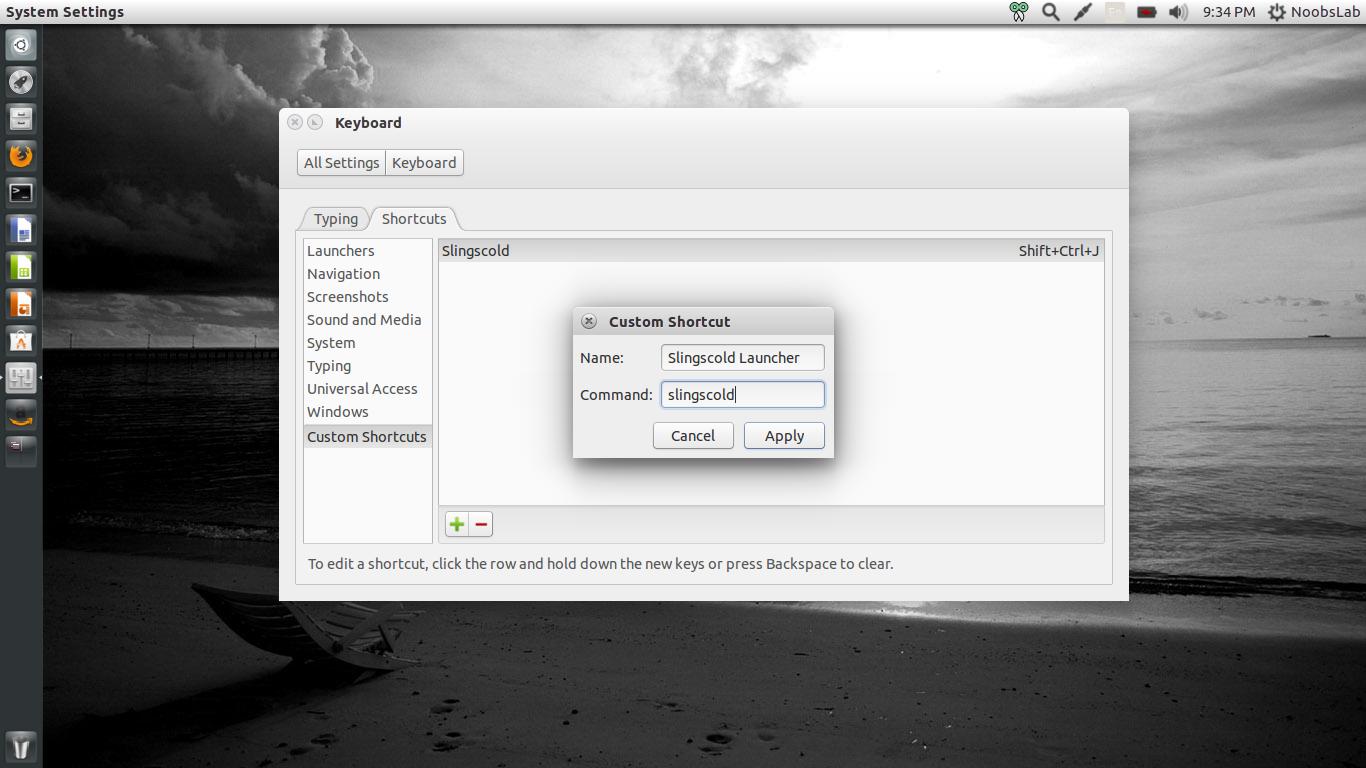 Note: After receiving a lot of feedback from users, we fixed empty launcher issue for both versions. Please do not report any bugs/errors to us because there is no development from developer side.
That’s it 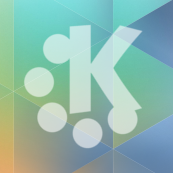 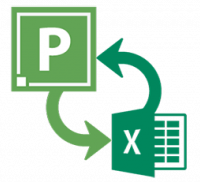