Camicri Cube Server is an awesome portable package manager, which is created by Jake Capangpangan to manage Linux packages offline/online that means it can facilitate your Linux computer which isn’t connected to Internet. Camicri Server is written in Vala language, an open source programming language managed by Gnome community. Last year we did share CamicriCube which has GUI and written by same developer in C# and .Net languages. Unlike CamicriCube, the Camicri Cube Server do not have any GUI and it uses Javascript, HTML, and CSS to perform its operation in any web browser, as a front-end UI.
Another interesting thing about Camicri Cube Server is that it is available for Linux and MS Windows, it doesn’t require any kind of dependencies to run on both platforms, which means if your Linux computer doesn’t have the Internet connection or for some reason you can’t connect your Linux computer to the Internet then simply you can use Windows version to download packages (it even could be your network drivers for Linux or so) and install downloaded packages on your offline Linux computer.

Basically Camicri Cube Server can facilitate any Debian/Ubuntu based distribution, you can follow these screenshots as guide for both Linux and Windows versions of Cube-Server.

It will auto-update the repositories on start

This is the main screen where you can manage your packages

This is where your downloaded packages saved (Deb files), in the following location /home/username/cube-system/projects/your-project/data/packages

Using menu you can access the main features of Cube Server

One more thing to tell you guys that Camicri Cube Only support Debian/Debian based distributions like Ubuntu. There are two ways to install Camicri Cube Server on Debian/Ubuntu/Linux Mint/LMDE/other Debian derivatives, one is to install via PPA and other method works for all Debian distributions.

To uninstall Camicri Cube Server which is installed from the PPA, use the following commands:

After installation run following command in Terminal to run the Cube Server:

You can download Windows version of the Camicri-Cube-Server and take a look at the official tutorial written by developer. Don’t forget to give them feedback on their social page linked below.

Leave a comment below: what do you think about this great tool. 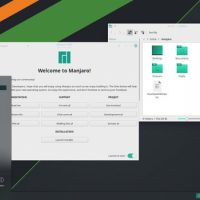 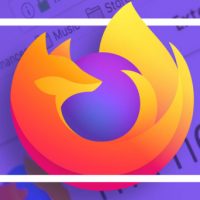