Another week went by and it’s time to take a quick look back at the most exciting news stories the mobile realm had to offer. The past few days lacked any major device announcements, but rumors and speculations about upcoming handsets filled the void nicely.

The alleged third installment of Motorola’s popular affordable Moto G line made an appearance with a few live photos and even a video. The leak captivated mobile fans and was the most-popular scoop of the week. From what we have seen, the new Moto G (2015) shows great promise and could be even more-successful than its two predecessors, if the price remains right.

Among the rumors and speculation, three other devices seemed to stand out. The Galaxy A8 made the rounds at both TENAA and FCC and is getting pretty close to a release.

The Meizu MX5 has also been gathering a lot of attention ahead of its official announcement on June 30.

Then there’s the OnePlus 2. The successor to last year’s “flagship killer” has been a constant presence in the rumor mill for quite some time now and is certain to be unveiled on July 27. The event also comes with a twist as the OnePlus team has promised “the world’s first product launch in VR”.

If you think you might have missed something from the busy week, here is a list of what you, our readers, found most interesting in the tech world.

Alleged live photos of Moto G (2015) make the rounds online
Update: We have updated the post with video footage of the device, which made its way back to YouTube.

The next Galaxy Note might come without an edged sibling after all
New rumors hint that the Samsung won’t continue the Galaxy Note Edge trend with the next Note device.

The first smartphone with deca-core CPU is coming in mid-October
Elephone P9000 will features a high-end MediaTek Helio X20 chipset coupled with 4GB of RAM.

Lenovo A6000 Plus receives a price cut, now costs INR 6,999
The device is available for purchase on Flipkart without registration from June 22 to June 24.

Samsung Galaxy A8 now certified by the FCC
The US regulatory body’s approval for the 5.7-inch phablet follows TENAA certification from a few days ago.

OnePlus 2 will have USB Type-C port, the company reveals
The teaser campaign for OnePlus’ next flagship smartphone continues with this information.

BlackBerry CEO: Open to Android if we can make a secure phone
Earlier this month, there were reports that the company is planning to launch an Android smartphone.

Lenovo K3 Note launched in India with $157 price tag
The device will be a Flipkart exclusive, and will be available in white, black and yellow colour variants.

Zuk Z1 is a Lenovo-backed smartphone with Cyanogen OS
The ambitious Chinese startup will launch the high-end handset at some point in the second half of this year.

Four new Sony smartphones imported in India for testing
The information was revealed by a listing on Indian site Zauba, which tracks the country’s import and export. 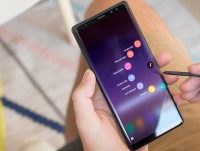