Skip to content
Like? Share with your friends.FacebookGoogle PlusTwitterPinterestLinkedInEmail
Linux Mint team announced the latest release of Linux Mint version 17.2 code-named “Rafaela”, it is updated version based on Ubuntu 14.04 LTS, and Linux Mint 17.2 now features Cinnamon 2.6/Mate 1.10, MDM 2.0, a Linux kernel 3.16 and an Ubuntu 14.04 package base. Linux Mint 17.2 will receive security updates until 2019. Until 2016, future versions of Linux Mint will use the same package base as Linux Mint 17.2, making it trivial for people to upgrade. Until 2016, the development team won’t start working on a new base and will be fully focused on this one. It comes with updated software and brings refinements and many new features to make your desktop experience more comfortable to use.
“A huge amount of work was done to review the CPU usage in various parts of Cinnamon and many improvements were made. Performance was gained by optimizing how Cinnamon reacts to particular events and reducing the number of tasks or repeated tasks it performs. Support for multiple monitors was improved. Better window list actions and new key-bindings allow you to move windows to other monitors (Super+Shift with arrow keys by default). But the most significant improvement is that you can now have multiple panels and place them across multiple monitors. Applets are better than before at running multiple instances of themselves and some of them got smarter to accommodate multi-monitor/multi-panel setups. For instance a window list applet won’t show you windows from another monitor if that monitor has a panel with its own window list.
MATE can now take full advantage of mixer functionality and it is able to automatically detect and support PulseAudio, ALSA and OSS.
MDM was given better support for NVIDIA Prime. On NVIDIA Optimus equipped computers, you can now switch between your Intel and your NVIDIA card with a simple log out. You no longer need to reboot. UEFI is fully supported. Note: Linux Mint does not use digital signatures and does not register to be certified by Microsoft as being a ‘secure’ OS. As such, it will not boot with Secure Boot. If your system is using Secure Boot, turn it off. Note: Linux Mint places its boot files in /boot/efi/EFI/ubuntu to work around this bug. This does not prevent the installation of multiple releases or distributions, or dual-boots between Ubuntu and Linux Mint, as they can all be bootable from the same GRUB menu.” You can checkout complete release announcement for Cinnamon and Mate versions.

The “System Settings” were redesigned and reorganized using a beautiful new look, layout and transitions

The Update Manager now uses the entire window to show errors when they happen, or to report that your system is up to date

A new session detection mechanism was implemented. You can get more info here

In the Caja file browser, you can now enable/disable extensions at run-time 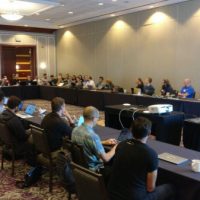 Important 20 Tweaks/Things To Do After Install Of Ubuntu 16.04 Xenial Xerus