After Apple, Google, Microsoft, and a few other, smaller companies, Facebook is now jumping straight into the virtual assistant space. The social network’s newly revealed competitor for the likes of Siri, Google Now, or Cortana is called M. It lives inside Facebook Messenger.

M is for now getting a very limited release, with just a few hundred people in the San Francisco Bay Area being lucky enough to be able to use it. It will be quite a long time before every one of the 700 million monthly users of Facebook Messenger will get M as an option in the app, especially because of how M is said to pair AI with actual human input.

That will be its biggest differentiating feature, Facebook thinks. On one level, M works like its competitors – you can ask it stuff, and it will answer. It can also plan things for you, but it’s capable of pulling off stuff out there ‘in real life’ too.

For example, it can complete certain tasks, from organizing dinner parties to “tracking down an unusual beverage in New Orleans”, or redecorating your office or whatnot. It will even call your cable company and endure through the hold times and various automated messages you hear before you can actually speak to a customer rep.

All of this is possible thanks to “M trainers”, Facebook employees who will make sure that every request made to M is answered. You won’t know whether what M outputs comes from its AI or from actual humans working behind the scenes, however.

At the moment, M is only using the data in Messenger to base its answers and suggestions on, not the stuff in the main Facebook app. That may change in the future, though.

Sony Xperia Z3 is no longer available at T-Mobile 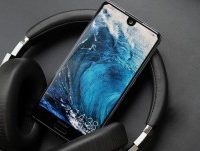