The final version comes out after a brief beta test where users had to sign up to receive the beta build.

Looking at screenshots by SamMobile, the update brings some minor UI changes, such as the updated notification menu and power menu, along with the usual under the hood changes, such as enabling the fingerprint sensor to work in third party apps.

The update should eventually make its way outside of South Korea, and also to other Samsung…

The Google Store is turning one, so the Nexus 5X and 6P come with $50 off 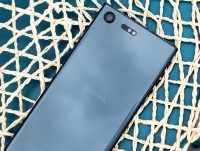