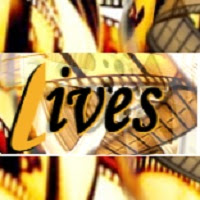 As you know there are plenty of video editors available for other operating systems (Mac, Windows) but there isn’t lack of best video editors for Unix/Linux and support wide variety of architecture (x86, amd64, x86_64, i64, sparc, hppa, ppc and xbox/x86.) but using the PPA you can only install for x86/x86_64/amd64 architectures. If you are into video editing and looking for open-source and free alternative for yourself then here is great video editing program “LiVES” for you.
LiVES is an awesome, very simple, powerful video editor and VJ tool exist for Linux operating system. Using LiVES video editor you can combine realtime and rendered effects, streams and multiple video/audio files, and then encode to over 50 formats. It is small in size, yet it has many advanced features. LiVES is part editor, part VJ tool. It is fully extendable through open standard RFX plugin scripts.
It allows user to start editing and making video right away, you don’t have to worry about frame sizes, frame rates, or formats. It will let you do whatever you want to and its extensibility allows you to create your own tools, effects and utilities via built-in RFX builder. Basically it is aimed at the digital video artist who wants to create their own content, the video editor who wants to create professional looking video, and the VJ who wants to captivate with spectacular images.
For video editing it can load and edit most of the video formats (via mplayer decoder). It offers smooth playback at variable frame rates, forward and in reverse. Display frame-rate can be controlled independently of playback frame-rate. You can cut and paste of frames within and between clips. Also easily save/re-encode the clips, selections, and individual frames.
Further it offers more Lossless backup/restore; Streaming input and output; Real time blending of clips (chroma and luma blends); Support for many plugin types including frei0r, libvisual and projectM (Milkdrop); Can handle in/out streams in yuv4mpeg format. Streams can be piped from stdout into other applications; Live inputs for firewire and TV cards; Supports fixed and variable framerates. Playback rate can be smoothly adjusted independant of display rate; Real time capture/recording of interactive (via mouseclicks) external windows. Playback can use LiVES’ own internal player, there is also a high performance fullscreen SDL playback plugin; Support for RGB24, RGBA32, YUV420 (TV), and UYVY palettes, horizontal chroma subsampling is implemented; Ability to edit many filetypes and sources including remotely located files (with mplayer/ffmpeg libraries), and directories of images; Rotation, resizing and trimming of video clips; Ability to instantly alter the playback speed of video and audio independently; Deinterlacing, subtitle removal; Instant saving/loading of clips for performances/presentations.
Encode to any of the 50+ output formats which are now supported (e.g. mjpeg, mpeg4, mpeg1/2, VCD, SVCD, DVD, ogg/mp4 ogm, Matroska mkv, dv, swf, Ogg Theora, Dirac, MNG, Snow, xvid, and even animated GIF and PDF!). Encoder formats can be extended through the encoder plugin API. Resampling of video (time stretching) to any frame rate (1 to 200 fps; accurate to 8 decimal places); option to auto-resample or speed up/slow down between clips.
It supports and can load mp3, ogg, mod, xm and wav format files. LiVES can also load tracks directly off CD to use with your video (using cdda2wav). It also has ability to save audio selections, and append audio. You can even trim sound to fit the video selections. You can cut and paste audios within and between clips. Resampling of audio (rate, channels, sample size, signedness and endianness); audio is auto-resampled between clips. Supports (auto)inserting of silence and deletion of audio sections. Supports LADSPA audio effects. 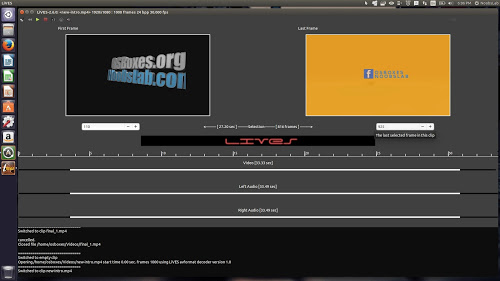 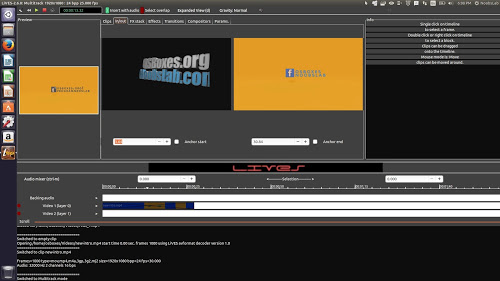 How to install LiVES Video Editor?

Give your important feedback to us below as a comment. 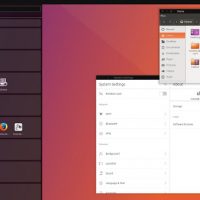 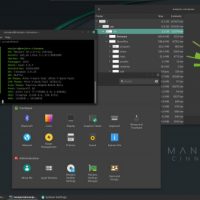