Verizon put a release today from MWC in Barcelona, Spain. Big Red has been working with a few companies to test the blazing fast speeds that 5G technologies can bring to customers.

Verizon has been working with other companies like Apple, Intel, Samsung, Nokia, Qualcomm, and Ericsson to develop components and technologies to incorporate 5G into reality. Verizon calls this group of companies its own “5G Technology Forum”.

Verizon plans to “.expand this testing significantly over the next several months.” and work closely with other large wireless companies in Asia to aid in reaching its 5G launch goal of 2017.

The video below shows the various technologies and testing scenarios used to test these new 5G speeds like testing in office and home settings, the latter of which had several TVs streaming 4K content through the 5G connection.

Verizon’s more recent experience with Fios Cable Internet over the last few years will surely aid in its own development of 5G wireless technologies.

This sure reminds us of Samsung’s original plan to launch 5G service in the year 2020 and cuts the estimated launch time by about 3 years thanks to the help of the other members of Verizon’s 5G Technology Forum. 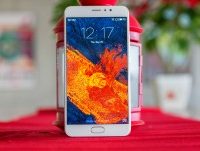