Apple has released a new television ad for the fourth-generation Apple TV called “Father Time,” starring NBA superstar Kobe Bryant and actor Michael B. Jordan. It is the tenth ad for the new Apple TV since it launched in late October.

The one-minute spot centers upon Bryant and Jordan using the Apple TV and Siri Remote to open the NBA app, play a movie, and fast forward to a specific time in the movie. The ad uses the same trailer backdrop as the earlier “The Kiss” spot.

The underlying “Father Time” theme of the ad lightly pokes fun at how Bryant’s all-star career with the Los Angeles Lakers, whom he will play the last game of his 20-year career for on Wednesday, is coming to an end due to his age.

The ad closes with the tagline “future of television” and colorful bars as seen throughout the rest of Apple’s advertising campaign for the new Apple TV, including billboards in major cities like Los Angeles, New York, San Francisco, and Hollywood. 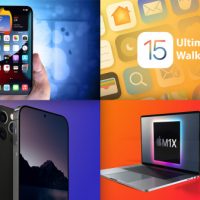 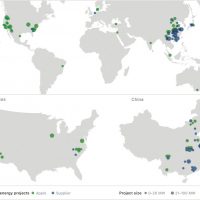