Skip to content
Like? Share with your friends.FacebookGoogle PlusTwitterPinterestLinkedInEmail
Moka and Faba icons are designed to be a clear, simple and consistent icon set for Gnome, both icon sets looks quite similar but there are differences. These are compatible with many desktop environments like Unity, Gnome, Mate, Cinnamon and others, currently both are not intended to use in the KDE desktop environment. Moka and Faba icon themes are distributed under the terms of the GNU GPL version 3. The set contains icons for most of the applications and enough to use it without any issue, it is in active development and if you find any missing icon then you can send icon request from the official site and hopefully they will fulfill your request in future updates. Arc theme used in the following screenshots. You can use Unity Tweak Tool, Gnome-tweak-tool to change icons. 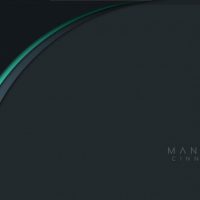 Adjust Laptop Brightness via a Software under Ubuntu 16.04/Linux Mint 18