Netflix has released the soundtracks for both its popular sci-fi series Stranger Things, and its new musical drama The Get Down, exclusively on iTunes and Apple Music. There are 36 total songs rounding out the “Volume 1” soundtrack for Stranger Things, and on August 19 a “Volume 2” is expected to launch on Apple’s music services as well, with both volumes getting physical CD treatments on September 16 and September 23, respectively (via Consequence of Sound). 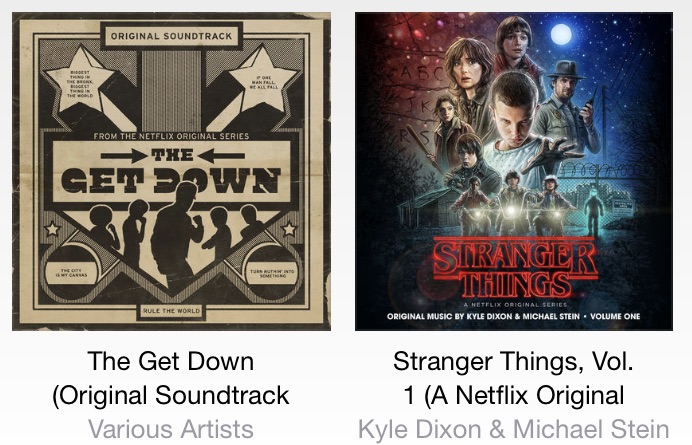 The music from the Stranger Things soundtrack was created by Kyle Dixon and Michael Stein, members of an Austin-based band called Survive. The two musicians helped craft the feel of the show’s score by balancing “a classic tone,” without going so far as to make it “’80s cheese.”

“We discussed having a classic tone and feel to the music for the show but being reserved enough that it wasn’t ’80s cheese, while offering a refreshing quality so that felt modern,” Stein said in a press release. “This was one of the qualities that drew them to our music in the first place. Having a familiarity with classic synths worked, but with an overall forward thinking approach.”

Netflix has yet to say when or if the two volume soundtrack will hit other streaming platforms. Apple Music has netted plenty of exclusives over the past few months, but the TV soundtrack for Stranger Things marks an interesting new addition of content for the service’s users. Earlier in the week, artist Kyle Lambert detailed his process of creating the poster art for Stranger Things, which involved the use of an iPad Pro and Apple Pencil.

The Get Down‘s soundtrack is one “Deluxe Version,” adding up to 24 total songs from the new series. Artists on the album include Christina Aguilera, Leon Bridges, and Janelle Monáe, who contribute to the “musical panorama of New York City from the ’70s to the ’10s.” Apple Music is even curating playlists for songs from each episode of the show, and has so far debuted collections for the first two episodes, each with about a dozen tracks.

The Get Down (Original Soundtrack from the Netflix Original Series) can be streamed on Apple Music or purchased for $13.99 on the iTunes store. [Direct Link]

Stranger Things, Volume 1 (A Netflix Original Soundtrack) can also be listened to on Apple’s streaming music service, in addition to being available for purchase on iTunes for $9.99. [Direct Link] 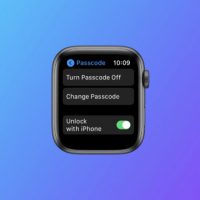