We have a soft spot for phones rocking a large battery and an efficient chipset. With its 5,100mAh power reserve and a 14nm Snapdragon 625, the Lenovo P2 arrives with a simple promise: it will last more than a solid day of usage.

One of the biggest complaints surrounding smartphones is their battery life. It’s just not what it used to be when the feature phones were king. And that’s to be expected considering how much more smartphones do for us. So Lenovo is right on the money with the P2 so far, but it’s hardly enough to win over people’s hearts.

The Lenovo P2 drops the Vibe… 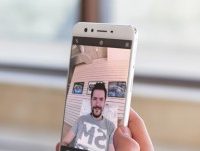 Google’s ARCore SDK is out of preview, now any developer can publish AR apps to the Play Store

Microsoft only sold around 1.2 million Lumia phones in the April to June quarter