Apple’s 2017 iPhone, which is expected to feature premium parts and radical design changes, could cost “north of $1,000,” reports Fast Company, citing a source with “knowledge of Apple’s plans.”

Rumors suggest the upcoming iPhone, which may be called the iPhone 8, will feature an OLED display that’s more expensive than traditional LED displays. Other improvements, such as an increase in memory and wireless charging functionality may also drive up the price. It’s not hard to imagine the iPhone hitting that price point when the 256GB iPhone 7 Plus is already at $969 in the United States, and previous rumors have also suggested it will be a “premium” device.

Fast Company‘s source also confirms some iPhone 8 design rumors, describing the device as “something like a smooth black monolith, with few visual interruptions to its sleek design.” That jibes with rumors indicating Apple design chief Jony Ive has been aiming for an iPhone that looks like a single sheet of glass with the Home button and Touch ID fingerprint sensor located under the display.

The Home button technology is still “evolving” according to Fast Company‘s source, but Apple’s goal is to get it done in time for inclusion in the iPhone 8. Physical buttons, such as the volume button, power button, and mute switch could also be eliminated, a rumor we haven’t heard before, and the iPhone 8 is said to include a “far bigger battery.”

The source also claims Apple is working with Lumentum to develop 3D sensing technology that will be used in the device, but did not provide details on how the feature will be used.

It remains unclear how the technology will be applied, however. It could be used to recognize the user’s face for authentication. It could also be used in the camera to provide better image resolution. It could even be used in some form of augmented reality application, according to our source.

The iPhone 8 is expected to include a glass body with a stainless steel frame for durability, and while Fast Company suggests the display will measure in at 5.8 inches, rumors disagree on this point. We’ve heard everything from 5 inches to 5.8-inches and don’t yet have a clear picture on sizing.

With Apple likely planning to position the new OLED iPhone as a high-end premium device with a premium price tag, the company is also rumored to be planning to introduce two more affordable devices with LCD displays that are closer in design to the existing iPhone 7 and iPhone 7 Plus, measuring in at 4.7 and 5.5-inches.

These two devices may feature similar design changes, such as a glass body, but will have pared down features like an LCD display to keep the price down.

With such major changes expected for the 2017 iPhone, which marks the 10th anniversary of the device, rumors have been running rampant for months, making it hard to suss out some of the exact specifications of the device, including display design, screen size, and wireless charging functionality.

As we creep closer to September and start to see the first part leaks, we can expect to have a much clearer picture of what to expect from the first significant iPhone redesign since 2014. 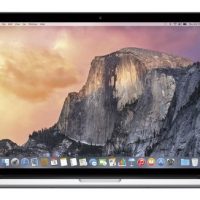 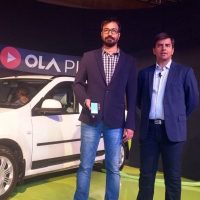