Facebook Messenger has released a new assistant called “Messenger M”. We’re actually quite glad it was not named “M assistant. But anyway, the premise of M is: you can receive suggestions to take actions (right from the message screen) based on the context of your conversation. All this sounds quite familiar. is starts with “Google” and ends with “Assistant”.

No, no, M is not a fully-fledged smartphone assistant. It’s more like Google Assistant’s debut in Google Allo when it first came out (The major difference is that Facebook Messenger already has 1 billion monthly active users). M… 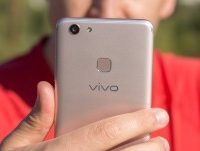 Oppo's R7 charms with a sleek metal build, but the price isn't right