So honored to spend some time this morning with Apple’s head of retail @AngelaAhrendts at Apple Orchard Road. She’s a rock star!! pic.twitter.com/E2E8dZxYS8

As the first Apple retail store in Southeast Asia, Apple Orchard Road has received a lot of attention over the past few weeks leading up to its grand opening. Reports began to ramp up in early May when Apple put up a mural in front of the store that displayed large “Apple Loves Singapore” artwork in various places. Upon closer inspection, the details of the artwork represented different “Creative Pros” who will now help run Apple Orchard Road’s “Today at Apple” programs. 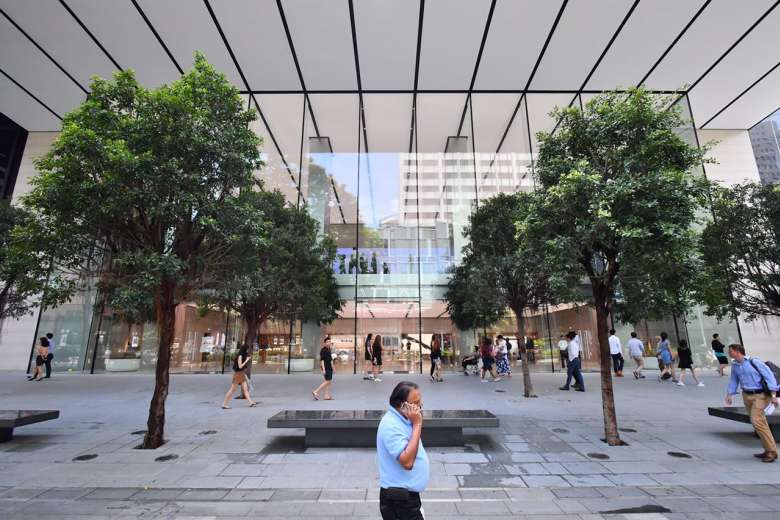 After the opening date was announced, Apple removed the barricades from the storefront, unveiling the design of the inside of the store for the first time. Earlier this week, the Cupertino company then allowed members of the press to visit the store and take pictures of its next-generation design, which included a curved staircase inspired by Apple Park and an upstairs “town hall” gathering space for Today at Apple sessions.

Apple Orchard Road is the newest step in the company’s plan to eschew more traditional retail establishment principals where the only purpose is to visit the store to buy something, and encourage customers to be inspired by the products through Today at Apple. When the company announced the new sessions would begin expanding worldwide in May, Apple senior vice president of retail, Angela Ahrendts, said that Today at Apple was catalyzed by Apple’s “desire to educate and inspire the communities we serve.”

Ultimately, Ahrendts hopes that the next generation refers to Apple as a meeting spot similar to the communal nature of a place like Starbucks. “Starbucks figured it out, you know? Being a gathering place for – right? ‘Meet me at Starbucks,'” Ahrendts said. “And you know, I’ve told the teams, ‘I’ll know we’ve done a really, really great job if the next generation, if Gen Z says, “Meet me at Apple. Did you see what’s going on at Apple today?”‘” 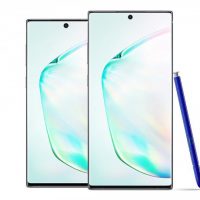 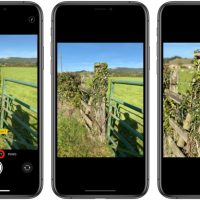 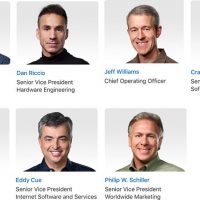