This week in iOS gaming was a littler quieter than usual, likely due to two things: WWDC, obviously, causes most other people in the Apple universe to avoid the week as news from Apple dominates everything. Secondly, the surprise launch of Monument Valley 2 likely had many iOS developers scrambling to push the release date of their games back.

In TouchArcade news, we posted our hundredth weekly Hearthstone roundup. Similar to these roundups on MacRumors, every Monday morning we pile together everything you need to know to follow along with what’s been happening in Blizzard’s remarkably popular World of Warcraft-themed collectable card game. The constantly evolving metagame, esports aspects, and much more have made Hearthstone a staple in our community.

As mentioned, the release of Monument Valley 2 dominated everything this week. Apple stealthily announced the game during the WWDC keynote on Monday when they showed the new layout of the App Store, then mentioned the game was available immediately. Amusingly enough, ustwo studio head Dan Gray mentioned on Twitter that the game was actually available for download the week prior, but no one knew the magic URL.

Ustwo also posted part one of a behind the scenes series showing both the people and the studio behind the game. There’s loads of great looks at different aspects of the art in the game as well as discussions surrounding the evolution of the story in the series along with the addition of the mother and daughter characters. 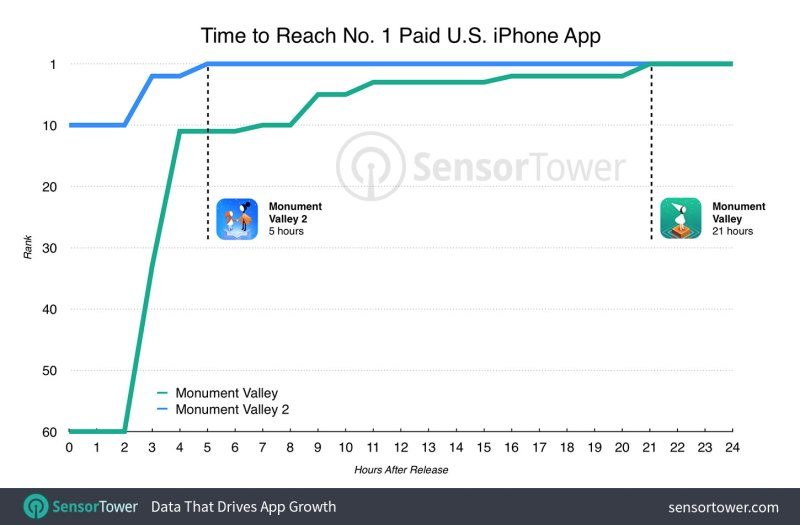 Monument Valley 2 also hit #1 on the iTunes charts much faster than the original Monument Valley. I’m not sure it’s much of a surprise, given the success and popularity of the original, along with the absolutely ridiculous level of featuring it got from Apple. On launch day, Monument Valley 2 took over nearly every feature slot available on the App Store- A push we haven’t seen since the launch of Supercell’s Clash Royale.

In other iOS gaming news, Telltale’s Guardians of the Galaxy had its second episode hit the App Store. If you’ve never played a Telltale game, they’re really worth checking out. The Walking Dead is what put them on the map, but over the last few years they’ve released interactive story games that cover loads of popular IP ranging from Game of Thrones to Borderlands. Modern Telltale games play like a highly cinematic Choose Your Own Adventure book, and many of the first episodes of their games are available for free.

On Wednesday, the Apple Design Award winners were made public, and we’ve got an article digging into the five games that won. What had us raising our eyebrows this year was that two of the five games were not mobile-first titles. Mushroom 11 launched on Steam first, and Severed started its life as a PS Vita exclusive. Both are fantastic on iOS, however, and those two games as well as the other three winners, Blackbox, Splitter Critters, and Old Man’s Journey are all must-haves.

If you’re looking for something else to download this week, Xigma Games’ Super Nano Jumpers was also released. We’ve seen tons of developers attempt to take a stab at the Super Meatboy tough-as-nails platformer genre, but this is among the best. Your character runs automatically, and instead of complicated virtual controls, you have two forms of input: Being able to stop, and jumping. The interesting twist is you can even stop in the air. It sounds strange, but it works incredibly well.

While details on the game itself are few and far between, alpha footage of GRID Autosport for mobile was released this week. This racing game looks shockingly similar to its console counterpart, and if nothing else, serves as an incredible example of how far mobile games have come since the launch of the App Store in 2008. We’re keeping a close eye on this, and expect to hear more information when we get closer to launch this fall.

Last, but not least, is an interesting change to the wording of the App Store Review guidelines. way back in 2014, Apple suddenly decided to stop approving apps that incentivized viewing video ads for gameplay bonuses. Developers (and gamers) rapidly responded, and Apple relented. This new wording has loads of developers trying to figure out once again where in-game advertising lies going forward on the App Store. Given how many games rely on ads now, this is going to be a fascinating story to follow as it develops.

That’s about it for this week! If you’re interested in more news, reviews, and other things that pertain to iOS gaming, be sure to visit TouchArcade. We also stream iOS games on Twitch, and our channel is a great place to get a look at the latest and greatest iOS game releases in action. 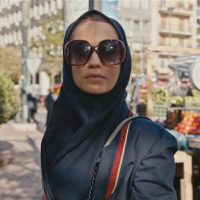 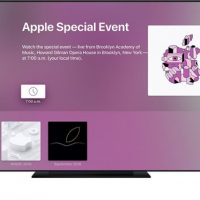 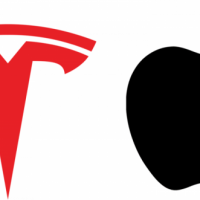