In 2014 Microsoft was rumored to launch a Surface Mini tablet alongside the Surface Pro 3. However, in the end only the latter saw the light of day, and that’s because the Surface Mini was canceled just a few weeks before it was supposed to be unveiled.

This means Microsoft had very advanced prototypes in hand at that moment, and today one of those has been portrayed in a myriad of leaked images. The Surface Mini would have run Windows RT 8.1, as it was powered by the Qualcomm Snapdragon 800 chipset. The tablet had 1GB of RAM, an 8″ 1,440×1,080 touchscreen with pen support, 32GB of… 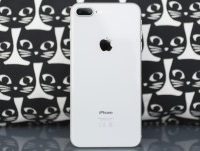 A dedicated Apple iOS 9 version will focus on older hardware