Samsung is teaming up with co-working startup WeWork to create customer “Care Centers” that are similar to Apple’s own in-store Genius Bars, reports Fast Company.

Apple’s Genius Bars are designed to allow customers to receive technical support and repairs on a range of Apple products, including Macs and iOS devices. Samsung’s upcoming Care Centers will work in the same way, but Samsung wants to one-up Apple with a better waiting experience.

A WeWork facility in New York

At one of three pilot service centers opening in WeWork locations in Detroit, Miami, and New York later this month, Samsung customers can come in and get help for their products while also using the WeWork facilities.

Because it’s a co-working space, WeWork gives customers a place to get their own work done while also enjoying fresh coffee and fruit-infused water.

Samsung Electronics America VP of design Mick McConnell tells Fast Company that he came up with the idea while waiting for an hour and a half at a Genius Bar at an Apple retail location. “I was like, there’s gotta be a better way to do this,” he said.

Samsung is taking over a portion of each WeWork location and installing a steel and glass box with shared tables and Samsung workstations. The space features a midcentury-inspired design that matches up with the rest of the WeWork facility, but with special touches like higher-end furniture and Samsung video conferencing systems. 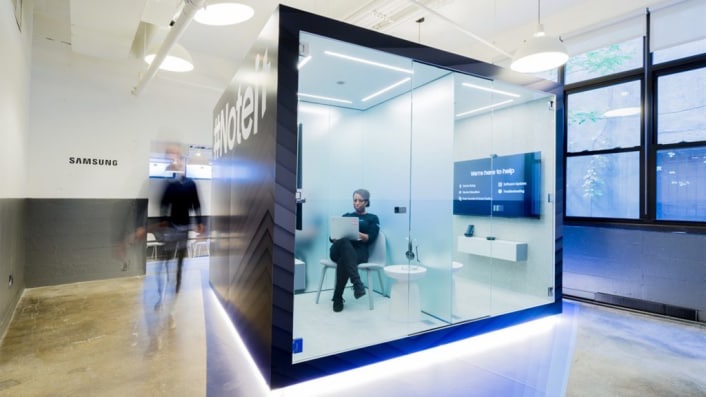 Along with offering Care Centers at select WeWork locations, Samsung also plans to host after-hours talks with creatives in WeWork spaces, much like Apple does at its own retail stores.

Samsung will use the WeWork spaces to experiment with what works and what doesn’t work before considering expanding to additional locations. WeWork currently has 235 locations, and should the project pan out, it could mean a major expansion of Samsung customer support locations.

At the three centers opening this month, Samsung will offer “tier 1” support, letting customers get help with using features on their phone. Staff can also send Samsung equipment to repair centers, but there are no on-site repairs available. 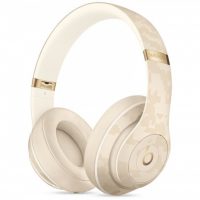 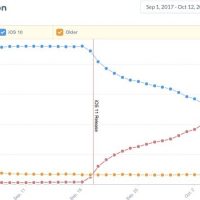