The ads focus on snowboarding, soccer, working out, and swimming, with each one showing off a different Apple Watch Series 3 feature. Soccer and snowboarding, for example, demonstrate phone calls over cellular and text messaging.

Workout highlights Apple Music, and Swim focuses on the Workout app. All of the ads share the same general style – a quick look at a feature that shifts to a multi-object view that then transforms into wrapping paper over an Apple Watch Series 3 box.

These videos are just about 15 seconds in length, which is the video length that Apple uses for social media ads on sites like Instagram.

All of the videos focus on the aluminum Apple Watch Series 3 models that have LTE capabilities, with the red Digital Crown clearly visible in each one.

While these are the first short videos featuring the Apple Watch Series 3 that Apple has shared, the company has been running several Apple Watch ads that debuted when the device was first announced in September. 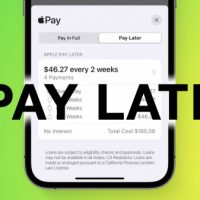