It was an amazing year for games in 2017, especially during the last few months of the year as developers rushed to get new titles out before the holidays. Many popular PC and Mac games made their way to iOS devices in 2017, and ARKit brought a wealth of new augmented reality gaming experiences to our iPhones and iPads.

For our list of top 10 games of 2017, we’ve teamed up with our sister site TouchArcade. Our colleagues over at TouchArcade delve into the massive influx of new iOS games that come out each week to highlight what’s worth downloading, so we asked them to share their picks for the most notable, most purchase-worthy games that came out this year. This is just a fraction of TouchArcade‘s list of 100 of the best iOS games in 2017.

This is a roguelike dual-stick shooter with virtual controls and support for MFi controllers. Our sister site TouchArcade says the replay value is “absolutely bonkers” and “unparalleled in the genre,” so even though you’re shelling out $15, you’re getting 500+ hours of gameplay. Read TouchArcade‘s full review.

Cat Quest, also available on Steam, PS4, and Nintendo Switch, is an open world RPG set in the kingdom of Felingard, where the goal is to take on the role of a cat who is on a quest to rescue his kidnapped sister.

As with traditional RPGs, the idea in Cat Quest is to collect loot, complete quests, and venture through dungeon after dungeon defeating enemies to progress through the game. Cat Quest has adorable graphics that are sure to charm any cat enthusiast, and the gameplay is fun. TouchArcade says the feel of the game “is incredible,” with music, combat, and movement combining to create “an amazingly epic environment.” Read TouchArcade‘s full review.

Death Road to Canada is an action RPG where players are tasked with managing a car of passengers on a road trip to Canada to escape the hordes of zombies that have invaded the United States. It’s a little bit like a modern version of Oregon Trail, but it’s much harder and there are zombies to contend with.

Along the way to Canada, players must make stops and fight zombies to gather supplies and recruit new team members. The game ends when the team dies, but gameplay is never-ending because each new game is randomly generated with different events. Read TouchArcade‘s full review.

FEZ Pocket Edition is the mobile version of the popular puzzle platformer FEZ, which has been available on other platforms since 2012. In FEZ, players take on the role of Gomez, who lives on one 2D plane of a 3D world. Using a magical fez, players can travel between a total of four 2D planes that make up the 3D world, rotating back and forth between them to solve puzzles and collect cubes to save the universe.

As the game continues, new gameplay elements are unlocked, and it gets tricker and tricker to solve the puzzles. There are no enemies to contend with — this is a pure puzzle game. TouchArcade reviewed FEZ and called it a “good game” that’s difficult, but not frustrating because there are no real consequences for failure. An MFi controller is recommended to make gameplay better, but it’s not required.

Characters from across the Fire Emblem universe are available to play, and players are tasked with developing their skills to defeat increasingly difficult enemies. In this mobile version, the storyline has players taking on the role of a summoner to call heroes from different Fire Emblem worlds to save the Kingdom of Askr. It’s not a replacement for a full Fire Emblem game, but it works well on mobile. Read TouchArcade‘s full review.

Gorogoa is a card or tile-based puzzle game where players combine, rearrange, and explore each image to discover the connection between them to advance through the game. Gorogoa has the potential to be frustrating because there isn’t always an obvious solution to a puzzle, but the artwork, gameplay, and storyline keep players engaged.

Gameplay consists of rearranging, shifting, and zooming in and out on panels to reveal hidden secrets and progress through the story. Our sister site TouchArcade called the puzzle mechanics in the game “very inventive” and “fun to discover,” but it’s the hand-drawn art that “really stands out.” Read TouchArcade‘s full review.

GRID Autosport is a racing game where players take on the role of a pro-racer aiming to build a racing career. There are more than 100 cars and tracks in the game, along with a multiplayer online mode that allows players to race against one another.

Reigns: Her Majesty is the followup to Reigns, a card based game where players took on the role of a king and swiped left or right to make decisions affecting the kingdom. In this version, players play the queen, and gameplay is largely the same as the original game.

The idea is rule the kingdom through a series of decisions, which you make by swiping left or right. Players must balance the church, the people in the kindgom, the army, and the kingdom’s wealth, with every decision made impacting one of these four areas.

If balance is not maintained, the reign of the current queen ends, and players start fresh with a new queen. New content and cards are unlocked as in-game events and milestones are reached, keeping the gameplay fresh time and time again. Read TouchArcade‘s full review.

Splitter Critters is a lemmings-style puzzle game where the idea is to split the world with a swipe on the display and then rearrange the pieces to guide little critters back to their space ship while overcoming obstacles.

Splitter Critters won a 2017 Apple Design Award in June and was named Apple’s iPhone Game of the Year in December. The game’s tearing mechanic is simple enough that it can be played by people of all skill levels, and there are multiple solutions to each puzzle. In a review, TouchArcade called Splitter Critters “inventive, well-presented, and most importantly, fun.” Read TouchArcade‘s full review.

The Witness is an open world puzzle-based exploration game that was inspired by Myst. Players are stuck on an island, and the idea behind the game is to solve puzzles and progress through the 11 island regions. The Witness originally game out in 2016, but didn’t make its way to iOS devices until September of 2017.

Gameplay is nonlinear and consists of exploring the island and solving maze-style puzzles that gradually incorporate new concepts, so players may find themselves returning to an area once a new mechanic has been unlocked. TouchArcade describes The Witness as a “very difficult game” that can be repetitive, but says it is “an essential experience for any enthusiastic gamer.” Read TouchArcade‘s full review.

Make sure to head over to TouchArcade to check out their full list of top games of 2017, which is complete with reviews, trailers, and a wealth of information on all of the top game picks. TouchArcade is also worth following on a regular basis if you’re interested in the iOS gaming scene and want to keep track of what’s worth spending a few bucks on in a given week.

Disagree with this list? Let us know what your favorite 2017 games are in the comments. We’d love to hear!
Discuss this article in our forums 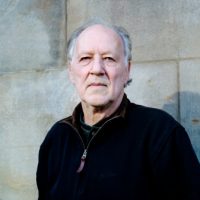 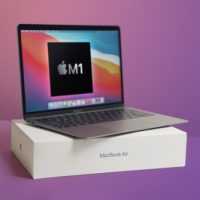 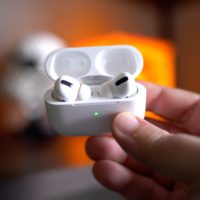 AirPods Pro Now 1,000 Days Old: What to Expect From Next Model