The Xiaomi Redmi 5 phones, announced at the beginning of December, are among the first in the company portfolio to have 18:9 ratio screens (along with the flagship Mi Mix 2). Xiaomi fans commented after the launch that they will hold back purchases until the Redmi Note 5 arrives, but surprisingly it is already in for review with a different name – Xiaomi Redmi 5 Plus.

When preparing for the successor of the Redmi Note 4, Xiaomi went with the saying “If it ain’t broken, don’t fix it” motto. The Redmi 5 Plus has similar looking specs – a power-efficient Snapdragon 625 chipset inside,… 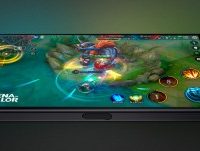 Meizu M6s gets certified by TENAA with 18:9 screen and side-mounted fingerprint scanner

Reflexion is OnePlus' own photo app, now out for Android and iOS

Microsoft and Samsung ended their dispute over royalties