At CES, there are several major media events like Unveiled, Pepcom, and ShowStoppers, which often serve as a way to see the highlights of the best products on display at the show without having to brave the show floor.

Pepcom took place last night, and MacRumors videographer Dan was on hand to seek out some of the most interesting products and accessories that were being demoed.

Unsurprisingly, Pepcom, like Unveiled, was filled with smart home products featuring Alexa, Google Assistant, and HomeKit support, but the focus was definitely on the former two integrations rather than Apple’s smart home system.

Ring was showing off its newly announced recent devices, including the Stick Up Cam and the Ring Beams, outdoor lights with motion sensing that integrate with existing Ring security cameras and doorbells. Though many would like Ring to introduce HomeKit support, the company has not done so.

Noon had a neat smart lighting system with light switches that feature integrated OLED displays. Noon’s system is designed to work with traditional bulbs because it replaces standard light switches, but it’s pricey and doesn’t include HomeKit support.

There were multiple smart locks on display, including the August Smart Lock and a smart lock from Yale, both of which do, in fact, have HomeKit support and work with your HomeKit setup.

Other products on display at Pepcom that were of interest included Zagg’s new iPad Pro cases that combine keyboards with rugged protection, the Alexa-enabled Voice One from KitSound, and the Lightning-equipped LaCie hard drive created in partnership with DJI. LaCie and parent company Seagate have several other new storage solutions debuting at CES, which are listed on the Seagate website.

LaCie’s hard drive is designed to allow you to automatically back up drone footage, and it can be controlled and accessed using the DJI app, but it also works with other non-DJI cameras and products.

Make sure to stay tuned to MacRumors for additional CES coverage, because there’s a lot more to come with the show floor officially opening up this morning. We’re highlighting all of the new products and accessories relevant to Apple users. To check out what we’ve shared so far, take a look at our CES 2018 hub. 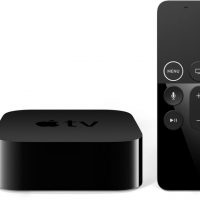 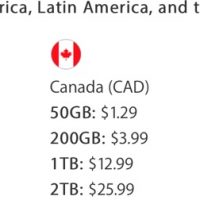 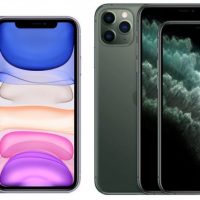