Apple is readying three iPhones for this fall’s big launch, according to rumors we’ve heard last year. Two of those will have OLED panels like the iPhone X, and in fact one will be a direct successor to the model that’s available now, featuring the exact same screen size.

The third iPhone has been said to sport a 6.1″ LCD display, and it’s expected to become Apple’s entry-level model of 2018, starting at $700 to $800. Now a new rumor out of Taiwan claims to know exactly which screen panel it will employ: JDI’s bezel-starved model introduced last June. This comes with 18:9 aspect ratio,… 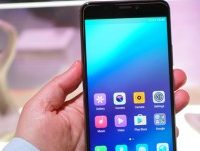 Xiaomi gearing up to sell 100,000 units per week in India next month