Despite being still unofficial the Xiaomi Redmi Note 5 keeps leading our popularity charts as global markets eagerly wait its announcement.

The Xioami Mi A1 takes second for the third week in a row, while below it the Galaxy J7 Pro has beaten the Samsung Galaxy A8 (2018) for third place.

Yet another phone that’s yet to be announced but is already among the 10 most popular is the Galaxy S9 – the upcoming flagship jumping straight to fifth spot.

The Xiaomi Redmi 5 Plus rose to sixth, pushing the Oppo F5 down a spot compared to last week. 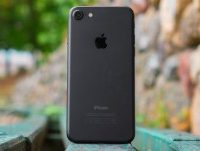 Amazon Prime membership will increase by $20 in May