HP has launched the Chromebook x2, a device HP calls the world’s first Chromebook detachable. What it essentially is is a Chromebook tablet with a keyboard dock as well as stylus support.

The HP Chromebook x2 has a 12.3-inch, 2400×1600 resolution IPS display. The display has support for a stylus and it comes bundled with the HP Active Pen. Another thing that’s included is the keyboard dock, which includes a full-size keyboard, trackpad and B&O speaker system. 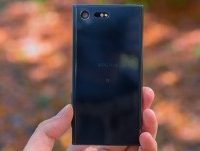