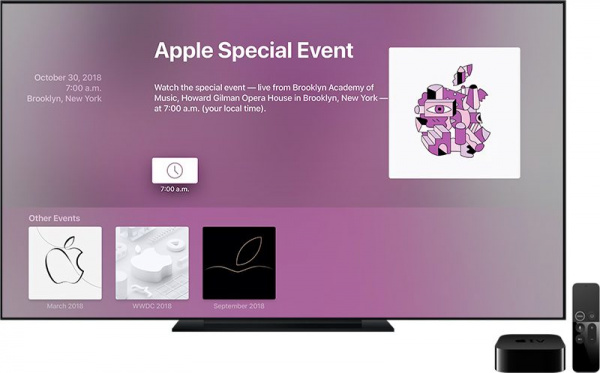 Apple today updated its Events app for the fourth and fifth-generation Apple TV in preparation for the October 30th event that’s expected to see the debut of new iPad Pro models and several new Macs.

The updated Events app can be downloaded from the tvOS App Store, and it features artwork from the media invites that were sent out last week. 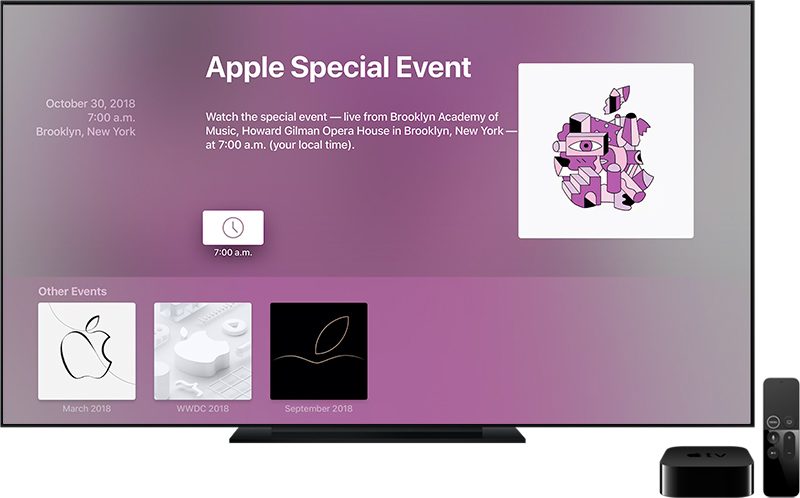 Apple’s Events app, along with the Events section of Apple’s website, will be used to live stream the unveiling of the new products. This event is being held in New York City, which means it will start at 10:00 a.m. Eastern Time rather than 10:00 a.m. Pacific Time.

As noted by 9to5Mac, Apple has also listed several Today at Apple sessions to allow customers to sign up to watch the unveiling at a local Apple Store. These events are available in several stores in the UK, Dubai, and Toronto. 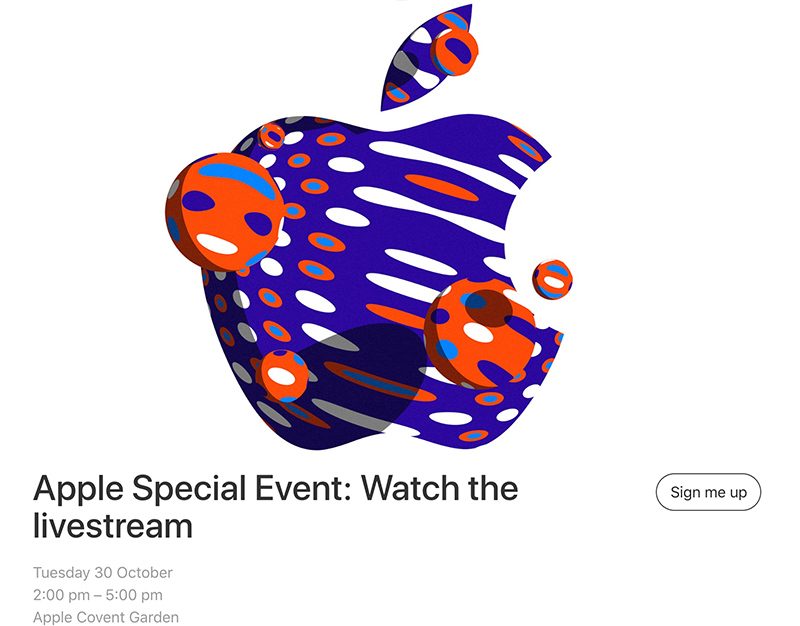 For those who are unable to watch Apple’s live stream, MacRumors will have live coverage of the event on MacRumors.com and on our MacRumorsLive Twitter account.
Discuss this article in our forums 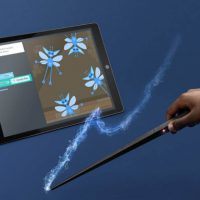 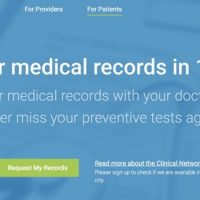