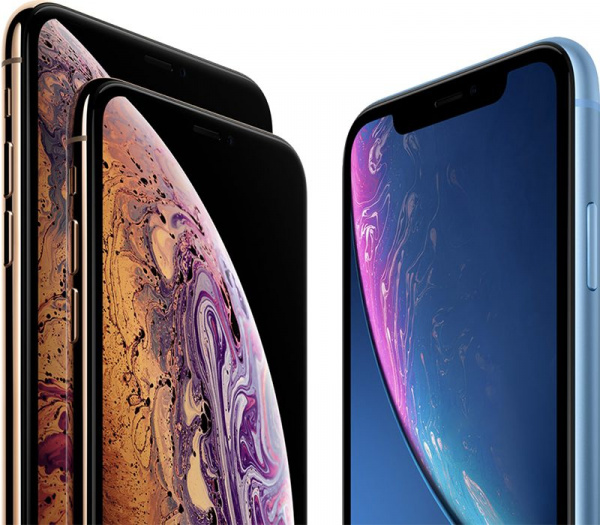 Apple plans to cut back on hiring for some divisions of the company after disappointing iPhone sales during the holiday season, reports Bloomberg.

Apple CEO Tim Cook shared the news with employees at an all-hands meeting earlier this month. According to sources in attendance, Cook was asked if Apple would implement a hiring freeze, but he said that he didn’t believe that was an ideal solution. Instead, select divisions will see reduced hirings. 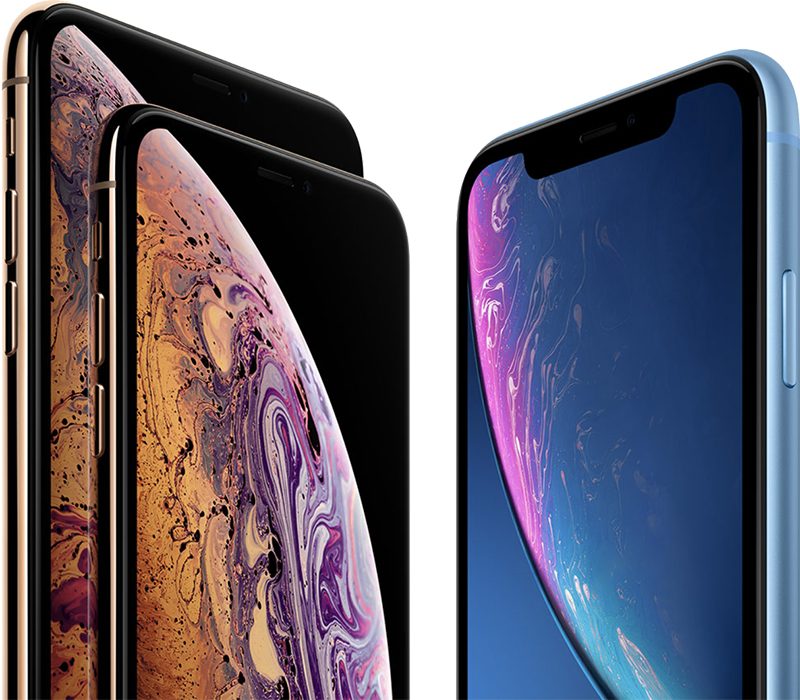 Cook at the time said Apple had not yet determined which divisions would cut back on hiring, but groups like the AI team will continue to add employees. Cook also told employees that a division’s importance to the future of Apple is not measured through hiring rates.

It’s not clear how extensive the hiring reduction will be, but new Apple offices planned in Austin, Texas and Los Angeles, California will not be impacted. In 2018, Apple added 9,000 new employees, and in 2017, Apple added 7,000 new employees. According to a recent SEC filing, Apple employs a total of 132,000 people, including its retail locations. 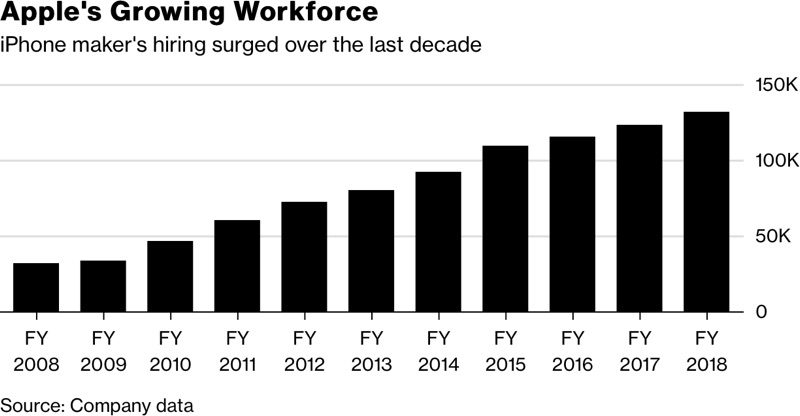 Apple’s workforce over the past 10 years, chart via Bloomberg

Apple held the all-hands meeting shortly after announcing that it was lowering revenue guidance for the first fiscal quarter of 2019 due to fewer iPhone sales than anticipated.

According to Bloomberg, internally, Apple executives have positioned declining iPhone sales as an opportunity for innovation, and Apple is also planning to bolster its growing services category with third-party integrations and an upcoming streaming TV service.

Following Cook’s talk with employees, some Apple senior vice presidents held separate meetings with vice presidents, senior directors and other managers in their groups to emphasize that the iPhone sales slowdown is an opportunity for new innovation, according to one of the people.

In addition to fewer new hires in some divisions, Apple has also cut iPhone XR and XS production by 10 percent due to flagging iPhone sales, and it is encouraging more upgrades by dropping prices in China and offering increased trade-in values in the U.S. and other countries. 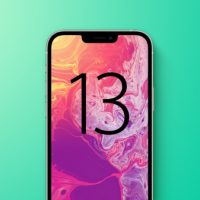 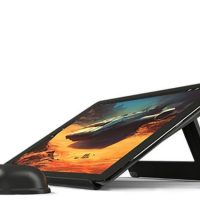 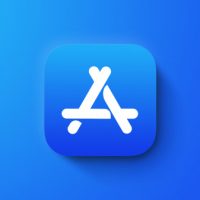 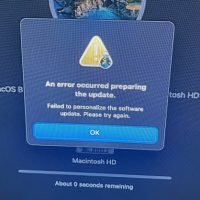