Apple is already facing its first lawsuit over the FaceTime eavesdropping bug that was discovered just last night, reports Bloomberg.

Houston lawyer Larry Williams II today filed a lawsuit against Apple claiming that his iPhone allowed an unknown person to listen in on sworn testimony during a client deposition.

He is suing Apple for unspecified punitive damages for negligence, product liability, misrepresentation, and warranty breach. The bug, says Williams, violates the privacy of a person’s “most intimate conversations without consent.”

The FaceTime bug in question was widely publicized yesterday after making the rounds on social media. By exploiting a bug in Group FaceTime, a person could force a FaceTime connection with another person, providing access to a user’s audio and sometimes video even when the FaceTime call was not accepted.

There was no way to avoid malicious FaceTime calls forced to connect in this manner short of turning off FaceTime, but after the issue received attention, Apple disabled Group FaceTime server side, and the feature remains unavailable. With Group FaceTime turned off, the exploit is not available and no one is in danger of being spied on via their Apple devices through the FaceTime bug.

Apple is planning to implement a fix via a software update later this week, but the company has not commented on how long this bug was available before it was widely shared. Group FaceTime has been available since iOS 12.1 was released in October.

A woman whose teenage son initially discovered the bug says that she contacted Apple multiple times starting on January 20, and even sent a video demonstrating the issue, but she received no response from the company. 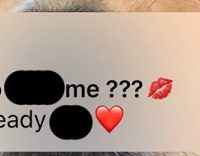