On April 24, 2015, the original Apple Watch launched in nine countries around the world. Four years later and we are now on the fourth iteration of the wearable device, the Apple Watch Series 4. Over the years Apple has worked on improving Apple Watch with a better and bigger display, water resistance, additional health and fitness features, and more.

As usual for Apple products, rumors about an Apple wearable device began ramping up in the years before the official Apple Watch launch. In 2013, Apple filed a trademark for an “iWatch,” despite the fact that the device would eventually be known as the Apple Watch. Apple did the same thing for the iPad, seeking to secure rights for the “iSlate” trademark while also secretly filing trademarks for the official “iPad” name.

As the launch neared, multiple reports suggested that Apple was facing battery life, screen, and manufacturing issues while developing the Apple Watch. Battery life was an ongoing issue for Apple when it was creating Apple Watch, since the company’s goal was reportedly to create a device that would last for at least four to five days. This never came to pass, and even the brand new Apple Watch Series 4 requires daily charging, although many people do get around two days of life at times.

At an event in September 2014 Apple finally unveiled the Apple Watch, and then waited until a March 2015 event to set an April 24 launch date for the wearable device. On that day, the Apple Watch launched in the United States, United Kingdom, Australia, Canada, China, France, Germany, Hong Kong, and Japan, priced starting at $349 for a 38mm Sport and $399 for a 42mm Sport. Prices increased to between $549 and $1,099 for the stainless steel Apple Watch models, and then to as much as $17,000 for the 18-karat gold Apple Watch Edition.

At launch, Apple advertised the Apple Watch as a fashion accessory, with the high-end Edition, the Hermés collection (launched September 2015), and similarly expensive first-party bands, like the Link Bracelet ($500+) and Modern Buckle ($250). The Apple Watch was successful, but the company really hit its stride with the smartwatch once it began encouraging fitness features of the device, like when it partnered with Nike for the Apple Watch Nike+ in 2016. Apple has now discontinued the Apple Watch Edition, lowered the price of some of the more expensive bands, and placed the Apple Watch as a more direct competitor to fitness wearables like the Fitbit.

Today, the Apple Watch has grown to become the global smartwatch leader, comprising half of the market in 2018. In total, Apple held 51 percent of the global smartwatch marketshare last year, down from 67 percent in 2017. Despite the drop, Apple remains the “clear market leader” in the U.S. smartwatch market according to the NPD Group. On an earnings call for the first quarter of 2019, Apple CEO Tim Cook described the company’s wearables revenue (including products like Apple Watch and AirPods) as “approaching the size of a Fortune 200 company.”

As to what’s coming this year, the Apple Watch Series 5 might feature a new ceramic casing design when it launches in September 2019. Next year, Apple may add a sleep tracking app to the Apple Watch, encouraging users to wear their Apple Watch while they sleep to track sleep quality and other metrics. The feature is in testing with Apple employees and if the project proves successful, it could be added to the Apple Watch Series 6, accompanied with a low power mode so as to not impact battery life.

In the future, Apple is reportedly looking to launch an Apple Watch that lacks physical buttons and instead adopts support for touch and swipe-based gestures along the sides of the casing. Other future Apple Watch additions include placing hardware into the Apple Watch band, blood glucose monitoring, and an Apple Watch with a microLED screen. The Apple Watch may be the first device to receive an Apple-designed microLED display, but the technology is still a “couple of years” from reaching consumers.

If you’re interested in reading more about the Apple Watch, be sure to visit our Apple Watch Roundup. 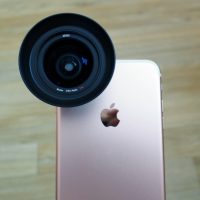 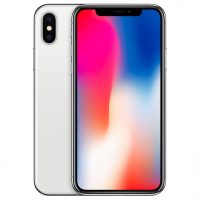 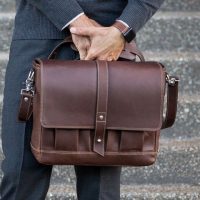 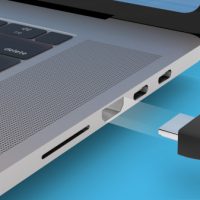