The next couple of years will see the rollout of 5G cellular phone networks from companies like Verizon, AT&T, Sprint, and T-Mobile, and it sounds like 5G smartphone plans might not be priced in the same way as current 4G LTE plans.

During today’s AT&T earnings call, AT&T CEO Randall Stephenson said (via The Verge) that he believes the pricing for 5G connectivity could resemble home broadband pricing with different prices for different speed tiers rather than one set price for the fastest connectivity available.

“I will be very surprised if, as we move into wireless, the pricing regime in wireless doesn’t look something like the pricing regime you see in fixed line. If you can offer a gig speed, there are some customers that are willing to pay a premium for 500 meg to a gig speed, and so forth. So I expect that to be the case. We’re two to three years away from seeing that play out.”

5G networks are still in the early days, so how pricing will ultimately work out remains to be seen. It’s also not clear how variable pricing for tiered speeds would work given the fact that 5G connections speeds are going to vary depending on whether you’re in a city or in a more rural area.

The fastest 5G speeds, available through mmWave technology, will be limited to urban areas. Verizon CEO Hans Vestberg this week explained that millimeter wave high-frequency spectrum isn’t suitable for widespread coverage, a sentiment shared by T-Mobile CTO Neville Ray, who wrote a blog post on the subject earlier this week.

Some of this is physics – millimeter wave (mmWave) spectrum has great potential in terms of speed and capacity, but it doesn’t travel far from the cell site and doesn’t penetrate materials at all. It will never materially scale beyond small pockets of 5G hotspots in dense urban environments.

AT&T has launched its 5G network in a handful of markets across the United States, and other carriers, like Verizon, have also been starting their 5G network rollouts.

There are few smartphones that are able to take advantage of 5G networks at the current time, but additional 5G smartphones are expected later in 2019.

Rumors suggest Apple’s first 5G iPhone will come out in 2020, when 5G networks are more mature and more widely available. Apple is planning to use chips from Qualcomm and perhaps Samsung now that Intel is out of the 5G smartphone modem chip business.

This article, “AT&T CEO Believes 5G Phone Plans Could Be Tiered and Priced on Data Speed” first appeared on MacRumors.com 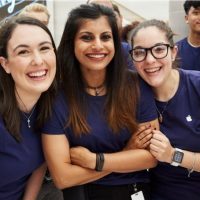 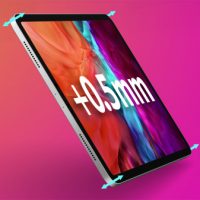 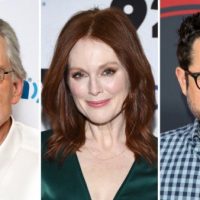 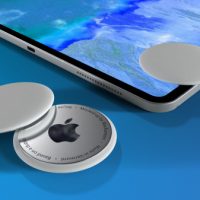