Following Apple’s shift to California-themed names for its Mac operating systems with OS X Mavericks back in 2013, Apple appeared to take steps to protect a number of other California-related names by filing for trademarks under a series of shell companies intended to mask the true identity of the applicant.

All told, we identified 19 trademarks that were applied for under six different companies that all appeared to be Apple shell companies. Several of these names, including Yosemite, Sierra, and Mojave, have been used by Apple, while others have yet to be put to use.

Over the years, the trademark review process has played out for all of these applications, with most being subject to some form of back-and-forth between the applicants and examiners involving various approvals, denials, and suspensions. Even for approvals, however, owners are required to submit proof of the trademarks being used in commerce. This Statement of Use can be submitted up to 36 months after trademark approval, as long as the applicant regularly requests successive 6-month extensions to the original 6-month submission period.

With over five years having passed since the trademarks were applied for, many have now been abandoned, either at some point during the review process or through failure to provide proof of commercial use following approval. In fact, of the original 19 names that were included in the trademark applications, all but four of them have been either used by Apple or abandoned, with the remaining live applications being Mammoth, Monterey, Rincon, and Skyline.

Perhaps the most interesting one is Mammoth, which is likely related to Mammoth Lakes and Mammoth Mountain, a popular area for skiing and hiking in the Sierra Nevada mountains.

Notably, the trademark application for Mammoth was just approved earlier this month after many years of delays and a suspension. It’s seen quite a bit of activity over the past six months, with the applicant Yosemite Research LLC having made some changes to reactivate the suspended application and shifting the attorney of record on the application to be noted trademark attorney Glenn Gundersen, who has worked with Apple on a number of intellectual property issues in the past.

The U.S. Patent and Trademark Office granted the registration for Mammoth and published it for opposition in March. After receiving no opposition to the trademark registration, the Mammoth trademark was officially allowed earlier this month on May 7. It’s certainly possible that the timing is a coincidence, especially since the activity appears to have been driven by deadlines set by the Patent and Trademark Office in its communications regarding the suspended application, but the fact that the trademark was approved just weeks ago after years of relative inaction certainly caught our attention.

Monterey, a historic city and popular vacation spot on the Pacific coast, has been one of the popular macOS name options among our readers, so many will be happy to hear that this one remains a possibility. The trademark was applied for by Asilomar Enterprises LLC in December 2013, but wasn’t allowed until June 12, 2018. One extension to the Statement of Use requirement has been granted, and Asilomar will have until June 2021 to prove commercial use of the name, provided additional extensions are requested.

Rincon is a popular surfing area in Southern California, and a trademark on that term was applied for by Landmark Associates LLC. The trademark was allowed on August 2, 2016, and Landmark has applied for successive extensions for the Statement of Use, with the fifth and final extension having been granted in January of this year. As a result, Landmark has until August of this year to prove the Rincon name is actively being used, or else the trademark will be lost.

Finally, Skyline likely relates to the scenic Skyline Boulevard that largely follows the ridge of the Santa Cruz Mountains running south from San Francisco, and Antalos Apps LLC filed for a trademark on the name in December 2013. The trademark was allowed on March 20, 2018, and the second Statement of Use extension was granted on February 28 of this year. The owner will have until March 2021 to prove use of Skyline in commerce, provided all necessary extensions are requested.

So what will macOS 10.15 be called? Will it be one of these four, or something completely different? Apple has drawn from the original list of trademark applications the majority of the time over the past five releases, but has selected something new a couple of times. One of Apple’s presumed shell companies applied for a trademark on the name El Cap, but Apple opted to go with the famous mountain’s full name of El Capitan for OS X 10.11, while 2017’s macOS 10.13 High Sierra was positioned as a refinement of the previous year’s macOS Sierra.

This article, “What Will macOS 10.15 Be Called: Mammoth, Monterey, Rincon, Skyline, or Something Else?” first appeared on MacRumors.com 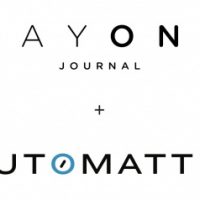