With the launch of iOS 13, Apple decided to split iOS 13 for the iPad into its own dedicated operating system called iPadOS. Going forward, iPadOS will be the version of iOS that runs on Apple’s iPad devices.

iPadOS includes all of the features of iOS 13, plus some additional tweaks and changes made specifically for a device with a larger display. In our latest video, we went hands-on with iPadOS to check out the new features.

As mentioned above, iPadOS includes almost all of the iOS 13 features, such as Dark Mode, Find My, new app updates, Sign In with Apple, and more.

There are also iPad-specific features, though, such as a new Home screen that features smaller app icons so you can fit more apps on each page. The new Home screen also lets you move the Today view widgets from the left side of the screen onto the Home screen itself so you can see at-a-glance info like weather, upcoming events, news headlines, and more, whenever your iPad is in landscape mode.

Multitasking features specific to the iPad have also been overhauled. Split View now supports multiple windows from the same app, so you can do things like view two Safari pages side by side, and in Slide Over, you can now have multiple Slide Over windows open, flipping between them as needed for quicker swapping between apps.

You can keep all the apps you need to access occasionally stored in Slide Over, dragging upwards on the display to see everything that’s open. App Exposé, a new feature available when you press on an app’s icon, is designed to show you all of the windows from a particular app.

Apple improved Apple Pencil latency, dropping it from 20ms to 9ms, and Markup is more deeply integrated everywhere in iPadOS. You can tap on the corner of the display with an Apple Pencil to open up Markup, which can be used for webpages, documents, screenshots, emails, and more. A redesigned tool palette offers up quick access to tools and color palettes, and there’s a new ruler and a new pixel eraser.

Like iOS 13, iPadOS brings support for external drives to the Files app, along with new folder sharing capabilities. A Column View lets you see previews of your files, and Quick Actions support allows you to do things like mark up and rotate images and create PDFs right from the Files app.

Safari has a new download manager and will always load the desktop version of a site, and there are new gestures that while also available on iPhone, work well on the iPad‘s larger display. Scrolling through long documents and webpages is faster through a new gesture that lets you grab the scroll bar and drag it, and selecting text can now be done by dragging a finger over it.

Selecting a word can be done with a double tap, selecting a sentence can be done with a triple tap, and a quadruple tap selects a paragraph at once. Double tapping selects elements like phone numbers and email addresses, and you can now pick up the cursor and move it wherever you want. There are new pinch-based gestures for copy and paste, and a new three finger swipe for undoing and redoing.

Both iPadOS and iOS 13 introduce a new swipe-based keyboard called the QuickPath keyboard, but in iPadOS, you can grab the keyboard and move it wherever you want on the display for a floating keyboard that offers one-handed typing access.

Used with macOS Catalina, the iPad can become a second display for your Mac thanks to the new Sidecar functionality, and the iPad now supports both mice and Xbox/PS4 game controllers.

For more detail on iPadOS, make sure to check out our iPadOS roundup. 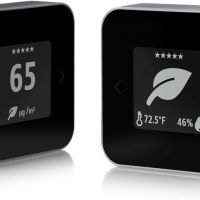 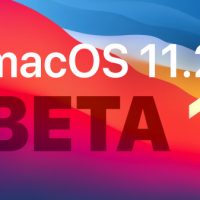 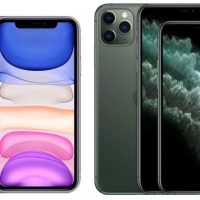 U.S. ITC Launches Investigation Into Capacitive Devices Made by Apple and Others Following Patent Infringement Complaint