Apple today released its newest transparency report, which outlines the government data requests that the company received during the second half of 2018. The PDF can be read in its entirety on Apple’s website for full details, but there are a few notable highlights worth pulling out.

As TechCrunch points out, the newest report includes a section covering the number requests its received from governments asking to have an app removed from the App Store.

Apple received a total of 80 requests from 11 countries to remove 634 apps from various App Stores in different countries. While Apple did not provide specific details on which apps it was asked to pull, requests from China made up the bulk of total takedown requests.

According to Apple, the vast majority of the apps pulled in China related to either illegal gambling or pornography. Other reasons apps were pulled in various countries include violations of privacy law, pornography, unlicensed gaming, copyright infringement, and violations of local transportation law.

Apple in the second half of 2019 received 29,183 worldwide government requests for data from 213,737 devices and provided data in 22,691 of cases (78 percent). Apple says that in the U.S., the high number of devices specified in requests for data were due to stolen device and fraud investigations. Apple has similar notices for Germany, Poland, Russia, and South Korea.

There were also a higher number of government financial identifier requests in Canada, Germany, Spain, and the U.S. due to iTunes gift card and credit card fraud investigations.

In the United States, Apple received between 3 and 499 National Security Letters (Apple is required to report a range) for between 1,505 and 1,999 accounts. 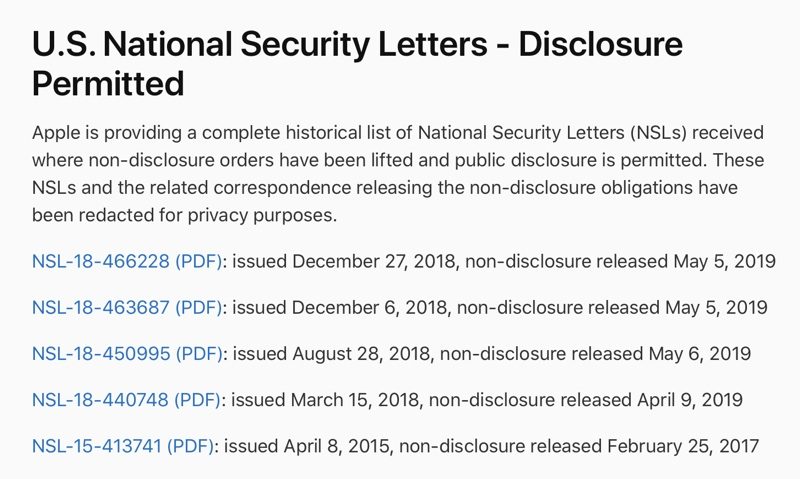 Apple says that in its next report, it plans to begin reporting on appeals received pursuant to government requests to remove apps from the App Store. The full transparency report is available from Apple’s website for those interested, along with breakdowns by country. 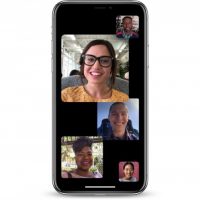 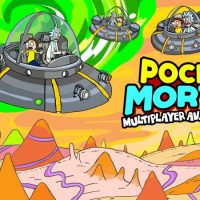