Apple this afternoon reminded developers about upcoming notarization requirements for Mac apps created outside of the Mac App Store.

Apps that are distributed outside of the Mac App Store must be notarized by Apple in order to run on the macOS Catalina operating system set to be released this fall.

Apple says that to make the transition easier on both developers and Mac users, notarization prerequisites have been adjusted until January 2020.

Developers can now have apps notarized that do not meet certain previous requirements, such as an app that uses an older SDK or the inclusion of components not signed by a developer ID.

You can now notarize Mac software that:

– Has components not signed with your Developer ID.

– Doesn’t include a secure timestamp with your code-signing signature.

– Was built with an older SDK.

– Includes the com.apple.security.get-task-allow entitlement with the value set to any variation of true.

Apple has been requiring new software distributed with a Developer ID outside of the Mac App Store to be notarized in order to run since macOS Mojave 10.14.5.

Apple introduced notarization in macOS Mojave as a way to further protect Mac users from malicious and harmful apps.

Notarization is not required for apps that are distributed through the Mac App Store. More information on notarization can be found on Apple’s developer site. 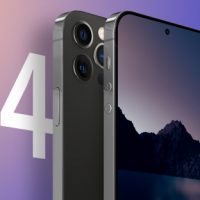 Apple Only Considering Outside Candidates for Senior VP of Retail Position