Apple this week unveiled the iPhone 11, the successor to the iPhone XR. At first glance, the two devices have quite a few similarities, but the iPhone 11 takes a step forward in regards to cameras, battery life, and more. 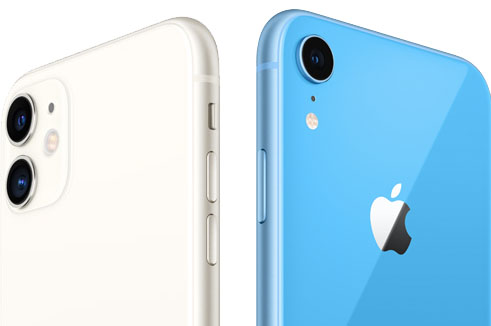 The iPhone 11 has a very similar glass-and-aluminum design as the iPhone XR, with one major visual difference being its new dual-lens rear camera system housed in a large, square camera bump. On the back of the iPhone 11, the Apple logo has been centered, and the “iPhone” brand name is no longer shown.

Otherwise, much is the same, including the display, bezels, notch, antenna bands, volume and side buttons, mute switch, speaker grilles, and microphones. The iPhone 11 also sticks with the Lightning connector.

The iPhone 11 comes in six colors, including all-new green and purple and slightly tweaked white, black, yellow, and (PRODUCT)RED options. 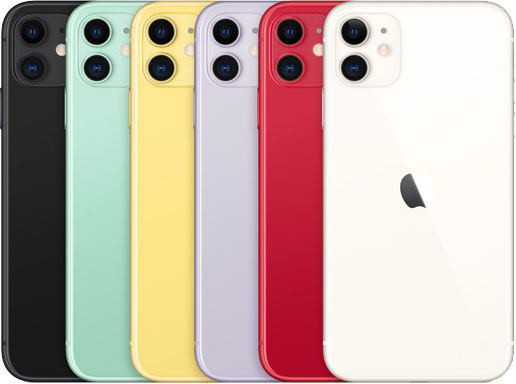 Both devices weigh in at just under half a pound and have identical dimensions.

The iPhone 11 has the same 6.1-inch LCD as the iPhone XR, including a resolution of 1792×828 pixels for 326 pixels per inch, 625 nits max brightness, and True Tone and P3 wide color gamut support. The LCD panel keeps costs down compared to the OLED display in the iPhone 11 Pro and iPhone 11 Pro Max.

Like the iPhone XR, the iPhone 11 relies on software-based Haptic Touch for contextual menus and shortcuts. Unlike older iPhones, there is no pressure-sensitive 3D Touch layer built into the iPhone 11‘s display.

The iPhone 11 is powered by Apple’s latest A13 Bionic chip, which it says is the fastest CPU in any smartphone ever.

Apple says the iPhone 11 has up to one hour longer battery life than the iPhone XR overall. Based on Apple’s internal testing, the iPhone 11 is rated for up to 17 hours of offline video playback, up to 10 hours of streaming video over Wi-Fi, and up to 65 hours of audio playback per charge.

Like the iPhone XR, the iPhone 11 supports Qi-based wireless charging, as well as fast charging for up to a 50 percent charge in 30 minutes with an 18W or higher USB-C charger. Unfortunately, Apple still includes the same-old 5W charger and Lightning to USB-A cable with the iPhone 11.

The wide-angle lens also has an updated sensor that enables Night Mode for markedly improved low-light photos that are brighter and have less noise. This feature is similar to Night Sight on Google’s latest Pixel smartphones.

And exclusive to the entire iPhone 11 lineup, there is now front-facing slo-mo video recording at 120 FPS.

With both 802.11ax Wi-Fi and Gigabit-class LTE, the iPhone 11 theoretically has faster download speeds, but real-world performance is typically limited by multiple factors such as location and network congestion.

The iPhone 11 also features a new Apple-designed U1 chip that enables ultra-wideband support for improved spatial awareness. The chip enables the iPhone 11 to precisely locate other U1‑equipped Apple devices, such as other iPhone 11 models and reportedly Apple’s rumored Tile-like item tracking tags.

Apple says the U1 chip will “lead to amazing new capabilities.” When iOS 13.1 is released September 30, for example, users will be able to point their iPhone 11 at another iPhone user to AirDrop that person a file.

Apple continues to sell the iPhone XR, which now starts at $599, but the 256GB model has been discontinued.

While the iPhone 11 is a rather iterative update to the iPhone XR, users who take lots of photos may find the camera advancements worth spending an extra $100 on. Overall, however, the iPhone XR probably remains the best iPhone for most people, especially at its reduced price of $599.

This article, “iPhone 11 vs. iPhone XR” first appeared on MacRumors.com 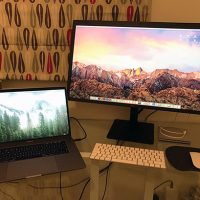 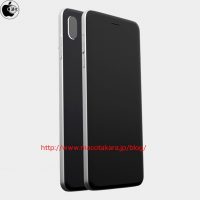 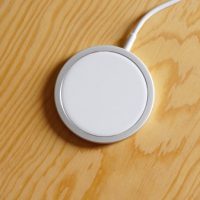