Mobile World Congress, a major smartphone trade show event held each year in Barcelona, Spain, has been canceled in 2020 due to the coronavirus outbreak.

The Mobile World Congress event in Spain is a huge trade show that’s important to the tech world because it’s where many device manufacturers announce new smartphones and other hardware. Apple doesn’t participate, but many other major brands make announcements at MWC.

Starting in early February, multiple vendors began pulling out of the event, citing concerns about the coronavirus and the potential for spreading it at such a large event. Intel, LG, Nokia, Vodafone, ZTE, Nvidia, Sony, Amazon, Cisco, Ericsson and other notable companies canceled press conferences and attendance plans.

Given the number of companies refusing to go to MWC, the GSM Association responsible for organizing the event today confirmed to Bloomberg that it’s canceled. GSMA CEO John Hoffman said that the virus outbreak has made it “impossible” to hold the event.

The GSMA initially attempted to continue on with MWC, implementing disinfection measures, banning attendees from certain areas in China, and more, but too many companies exited the event. Canceling MWC is similar to canceling CES, as it is a huge deal for new product launches and partnerships.

The coronavirus, which originated in Wuhan, China, has infected more than 42,000 people and more than 1,000 people have died, primarily in China.

This article, “Mobile World Congress 2020 Canceled Due to Coronavirus” first appeared on MacRumors.com 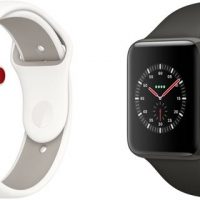 Apple Watch Series 3 Costs More Than $10/Month on Most Carriers, Can’t Be Reactivated Without Fees 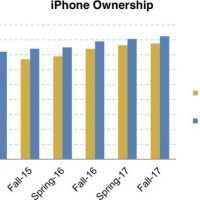 78% of Teens Surveyed Own an iPhone, 82% Plan to Purchase