The TV show, which is produced by J.J. Abrams’ Bad Robot Productions, will feature original music by artist Sara Barellies. J.J. Abrams is an executive producer on the series.

“Little Voice” is set to premiere on ‌Apple TV‌+ on July 10, which is the same day Apple plans to release “Greyhound,” a WWII movie that stars Tom Hanks as a naval officer given command Navy destroyer of Greyhound in the Battle of the Atlantic.

“Little Voice” will join other ‌Apple TV‌+ dramas like “The Morning Show,” “Little America,” “See,” “For All Mankind,” “Defending Jacob,” and more, with a full list of ‌Apple TV‌+ shows both released and in the works available in our Apple TV+ content guide. 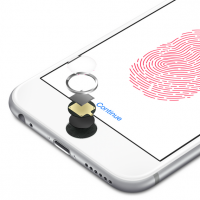