Apple partner Corning today unveiled its latest product, which it is calling Gorilla Glass Victus. Gorilla Glass Victus is more scratch resistant than previous versions of Gorilla Glass, and Corning says that manufacturers who use it for their devices will see significant gains in drop and scratch performance.

Corning shared a video showing off Gorilla Glass Victus surviving a series of tests, including drops of up to two meters. In a Knoop Diamond Scratch Test, the Victus glass was able to withstand an 8 Newton Load, beating out competing products that were tested alongside it, and it was also able to withstand more pressure and more drops before succumbing to breakage.

Corning regularly comes out with new versions of Gorilla Glass that are more impact resistant, but improved scratch resistance has been harder for the company to improve upon in a significant way.

Devices made with Victus glass should be able to better withstand scratches, but they still won’t be invulnerable. When The Verge asked Corning VP Jaymin Amin if bits of dirt, sand, metal, and other materials could still cause a scratch, Amin said that kind of caveat would likely apply to “any glass material.” Gorilla Glass Victus, though is able to “reduce those instances quite dramatically.”

Corning has been a longtime Apple supplier, with Gorilla Glass used in devices across Apple’s product lineup. Apple in 2017 provided Corning with $200 million for research, development, and new equipment as part of Apple’s Advanced Manufacturing Fund. Apple provided another $250 million in late 2019.

Corning told The Verge that at least one smartphone manufacturer found Victus to be so much better than Gorilla Glass 6 that it has decided to put a thinner layer of the new glass on its devices instead of maximizing durability, but there’s no word on which manufacturer this was.

Samsung will be the first manufacturer to introduce a product with Victus glass in the coming months, and other unspecified manufacturers are also working on devices with Victus Glass. 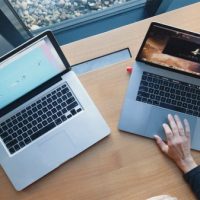 MacRumors Giveaway: Win a Luna Display Adapter That Turns an iPad or Mac Into a Second Screen 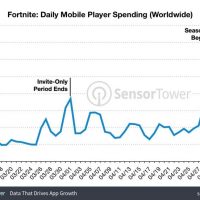 Fortnite on iOS Has Earned $50M Since Launch