LG offers 4K and 5K UltraFine monitors designed in partnership with Apple, which can be purchased through the Apple Store as an alternative to Apple’s own super expensive Pro Display XDR, but those haven’t been refreshed since 2019 and the 4K model is sold out from Apple’s site.

LG also makes other UltraFine monitors not promoted by Apple, including the new LG UltraFine Ergo, which we thought we’d check out in our latest YouTube video for those looking for newer LG technology.

LG’s new UltraFine 4K Ergo monitor comes in at 32 inches, which is larger than both the 27-inch 5K UltraFine and the 23.7-inch 4K UltraFine displays that Apple offers in its online store. It’s also affordable, priced at just $699, which is the same price as the currently unavailable 4K UltraFine sold by Apple.

LG’s Ergo display earns its name because of its flexibility. It can be swiveled, pivoted, tilted and adjusted to match any desk setup and usage scenario, and it’s simple to set up thanks to the C-clamp that attaches it to a desk.

Height is adjustable from 0 to 130mm, and just as an example, it can be swiveled up to 280 degrees, it pivots up to 90 degrees (and can be used vertically) and it offers 25 degrees of tilt in both directions. It can also be extended or retracted 0 to 180mm. Make sure to watch our video up above to see its versatility in action.

The clamp design includes an off-center monitor arm, which leaves space below the monitor for desk items, and it has a modern design that fits well with most decor.

There’s a USB-C port with power delivery up to 60W, two HDMI ports, two USB-A ports, a DisplayPort, and a 3.5mm headphone jack. That 60W power delivery is ideal for the 13-inch MacBook Pro or 13-inch MacBook Air, and while it can charge the 15 or 16-inch ‌MacBook Pro‌ models, it might not be able to keep up with peak usage. In that situation, you might need to use the dedicated charging cable and power adapter that come with the Mac.

As for display quality, we found it to be decent in our testing. It’s not the quality that you would get from something like an iMac because it doesn’t have the same high pixel density, but it is comparable to other monitors at its price point.

Color accuracy was good, and it offers 350 nits of brightness and a 1000:1 contrast ratio. It’s a 60Hz display with a 5ms response time, so it’s not ideal for gaming.

Though this is a rather large monitor at 32 inches, it’s still ideal for most desk sizes because of its versatility and ability to be positioned in multiple ways. Higher display sizes are useful for multitasking with multiple windows, and we found it to fit three large windows comfortably.

All in all, minus the lower pixel density, this is a solid monitor at its price point and is worth checking out for those who are in the market for a new display. 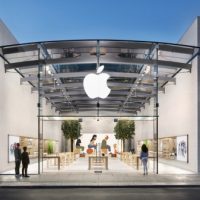 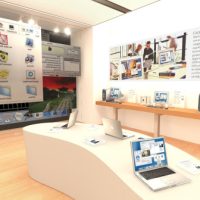 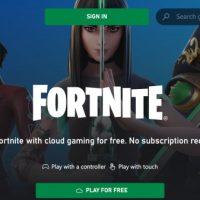 Fortnite Comes to iPhones and iPads Through Xbox Cloud Gaming 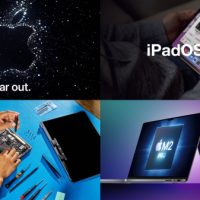