WWDC is quickly approaching, and that means rumors are starting to ramp up including the possibility that we might see the long-rumored MacBook Pro redesign at the keynote. This week also saw rumors about future updates to the AirPods and AirPods Pro, as well as a redesigned Mac mini. 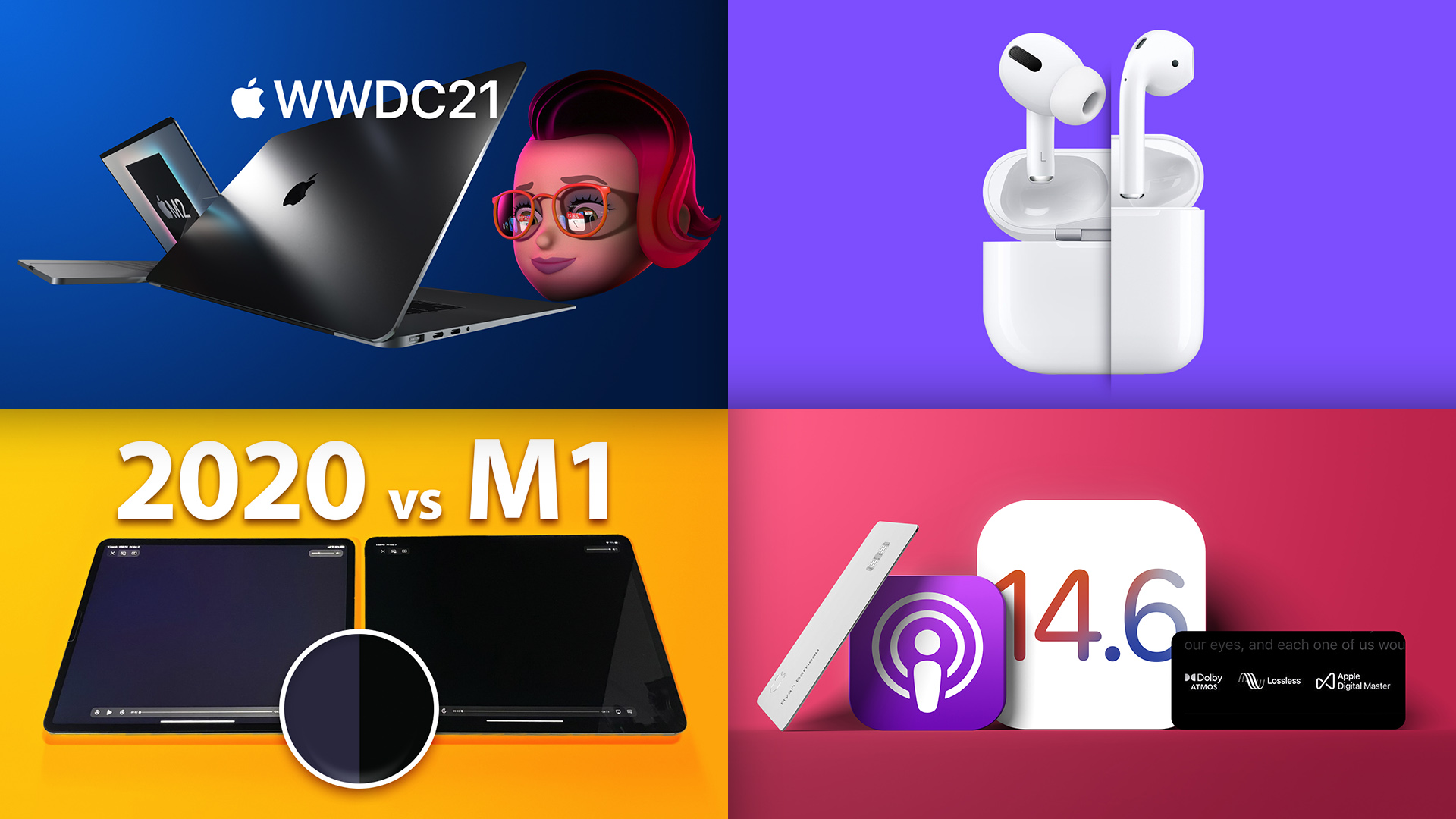 In other news, Apple has released iOS 14.6 with new features like Apple Card Family and podcast subscriptions as it prepares to launch Apple Music support for lossless audio and Spatial Audio with Dolby Atmos next month. We also took a look at the mini-LED display on the new 12.9-inch iPad Pro, so read on for the details on these stories and more!

Apple this week shared its WWDC 2021 schedule, starting with a virtual keynote on Monday, June 7 at 10 a.m. Pacific Time. The annual developers conference typically has a software focus, with Apple expected to introduce iOS 15, iPadOS 15, macOS 12, watchOS 8, and tvOS 15. 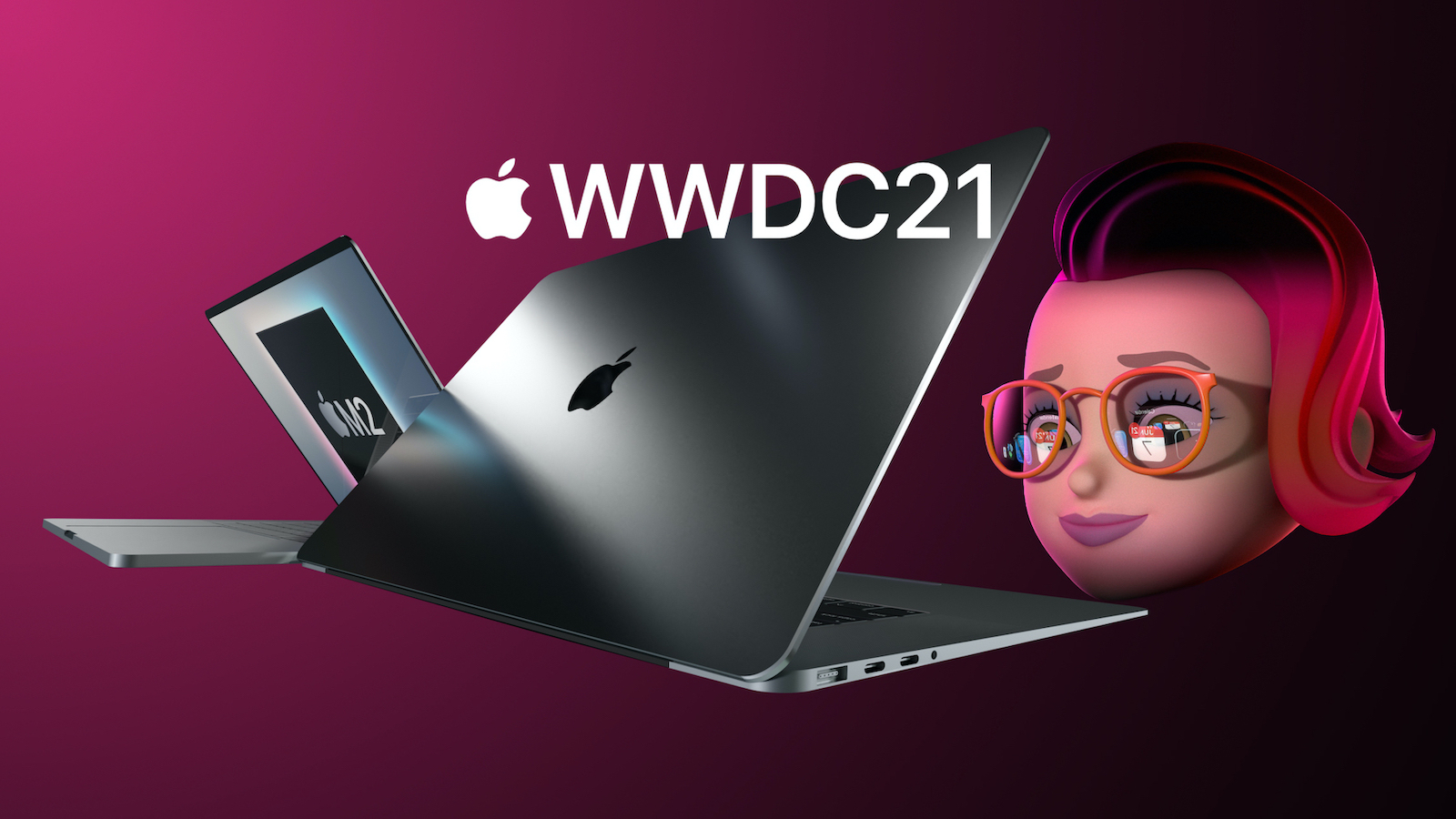 That said, there is always the chance of a hardware announcement or two. According to leaker Jon Prosser, Apple plans to introduce at least one new MacBook Pro model at WWDC, as the company continues its transition from Intel processors to custom Apple silicon. We’ve put together a list of everything new in iOS 14.6. Apple has also released macOS 11.4 this week with an important security fix, along with watchOS 7.5 and tvOS 14.6.

AirPods Pro 2 With Fitness Tracking Coming in 2022, AirPods 3 With ‘Pro’ Design to Launch Later This Year Gurman also says Apple is continuing to work on its device that combines the functions of a HomePod and Apple TV with a screen for FaceTime calls. Finally, he says that while Apple isn’t yet working on an update to its high-end AirPods Max headphones, it is considering offering them in new colors.

One of the headline new features of the 2021 12.9-inch iPad Pro is the Liquid Retina XDR display, which has a mini-LED backlighting system for higher brightness, improved contrast ratio, and deeper blacks. On our YouTube channel, we shared a video comparing the displays on the new iPad Pro and the previous-generation model, providing a closer look at the dramatic improvements offered by the mini-LED technology.

Apple is rumored to be working on a higher-end Mac mini powered by an improved iteration of the M1 chip, and leaker Jon Prosser this week claimed that the computer will feature a thinner design with a plexiglass top, similar to the original Apple TV box from 2007. Renders offer a closer look at what the new Mac mini could look like, and reveal other potential new features, including a magnetic power port, in line with the new iMac.

Your phone upgrade “shouldn’t be a downgrade,” according to Samsung’s latest ad, which mocks the iPhone 12 Pro Max camera’s lack of 100x zoom, a feature available on the Galaxy S21 Ultra. It’s worth noting that 100x zoom on the Galaxy S21 Ultra refers to digital zoom, meaning some blurriness is to be expected when zooming in significantly. In terms of optical zoom, which preserves image quality, the iPhone 12 Pro Max offers up to 2.5x zoom and the Galaxy S21 Ultra has up to 10x zoom.