Apple in July began providing developers with access to a beta version of the AirPods Pro firmware to test new features ahead of their release. Last Friday, Apple released a second version of the ‌AirPods Pro‌ firmware (4A362b), but it went under the radar until today when it was shared on Reddit.

According to Apple’s developer website, the second ‌AirPods Pro‌ firmware update adds support for Conversation Boost, a feature that was missing from the first beta.

Conversation Boost is an iOS 15 feature that uses the beamforming microphones in the ‌AirPods Pro‌ to boost the volume level of conversations, which is ideal for those with mild to moderate hearing challenges.

Only registered developers are able to install the ‌AirPods Pro‌ firmware, and the installation process is rather complicated and requires Xcode. We have a walkthrough on installing the profile for the beta, but as with all over-the-air firmware updates, it takes some time for new software to be seeded to users. 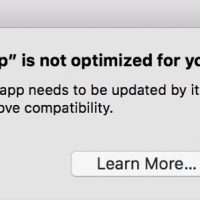