Apple this morning surprised the world with an unexpected “Self Service Repair” program, which is designed to allow customers access to genuine Apple parts, tools, and manuals for making their own device repairs.

Giving customers this kind of unprecedented access to repair guidelines and hardware is a major win for Right to Repair advocates, and we’re starting to hear from repair outlets pleased with Apple’s decision.

Well-known device repair and teardown site iFixit says that its team is “excited” about the news, and hopeful that Apple will be providing customers with the same information that it gives to Apple Authorized Service Providers.

iFixit points out that Apple’s decision invalidates many of the arguments that it has been making against the Right to Repair movement for years because Apple is acknowledging that repairs can be done without harm to consumers or their devices. Apple has previously argued that customers could injure themselves by accidentally puncturing a battery during a device repair, which is apparently no longer a concern. “We’re thrilled to see Apple admit what we’ve always known: Everyone’s enough of a genius to fix an iPhone,” reads iFixit’s coverage of Apple’s announcement.

Kyle Wiens, iFixit founder and CEO, said on Twitter that Apple’s decision marks a “total shift in perspective” and that there’s hope that this is a step toward making devices last longer.

Apple’s announcement may seem like a small thing: they’re going to publish free manuals and sell parts to their customers. But it’s a total shift in perspective. It’s an agreement that this is a partnership. We’re on Starship Earth together cruising through the universe together.

While this is a major step forward, iFixit points out that there are a number of unknowns and caveats. It’s unlikely that Apple is going to allow customers to use parts that are sourced from somewhere other than the online store Apple is building, and the ready availability of official parts could see Apple further lock down ‌iPhone‌ components through serialization, restricting the use of third-party parts or parts salvaged from other iPhones.

Other repair advocates agree that Apple’s move is a win for Right to Repair, but there’s more to be done. iFixit says it will keep fighting for laws that will “keep Apple and other manufacturers honest,” while the Right to Repair Coalition, which represents several repair shops and trade groups, said this is “far off” from the requirements of Right to Repair, but shows legislators are on the right track if Apple has been spooked into allowing for customer repairs.

Big cave by Apple, but the devil is in the details. This is far off the requirements of #righttorepair but proves that legislators are on the right track making similar requirements more broadly. https://t.co/Ms99LIgwcc

Nathan Proctor, who heads up the Right to Repair campaign with the United States Public Interest Research Group, called Apple’s move a “huge milestone” for Right to Repair, while repair advocate Kevin O’Reilly called it a “huge win,” but said concrete reforms are still needed.

“This is a huge milestone for the Right to Repair. One of the most visible opponents to repair access is reversing course, and Apple’s move shows that what repair advocates have been asking for was always possible.” https://t.co/JGGexMt2qD

Indie shops do not have full access to repair materials. Parts are still going to be serialized to individual devices. And there’s other OEMs making devices (*cough* John Deere *cough*) that we cannot fix. 5/

Apple’s Self Service Repair program will launch in early 2022 in the United States, and it will start with Apple making repair components available to iPhone 12 and iPhone 13 owners. Apple plans to expand to additional countries throughout 2022, and will also work to support more repairs and more devices over time. 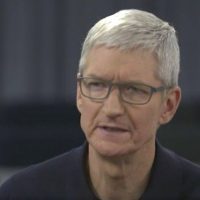 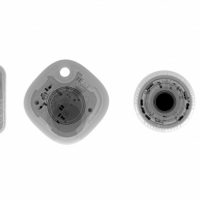 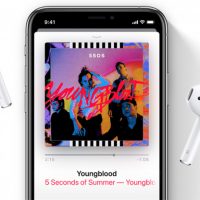 iOS 14: How to Check Headphone Audio Level in Real Time