Apple today shared a short film called “The Comeback,” which has been released in celebration of Chinese New Year. Created by director Zhang Meng, the video kicks off the Year of the Tiger with the story of a father, a son, and a forgotten village with an “out-of-this-world dream.”

The 23 minute film was shot using the latest iPhone (which is the iPhone 13 Pro) like all of the videos in Apple’s ongoing “Shot on ‌iPhone‌” series. Though filmed in Chinese, Apple has also added English subtitles for those who do not speak the language.

Chinese New Year, or the Lunar New Year, begins on Tuesday, February 1, 2022, and it is a major holiday in China and other countries. Apple previously shared a Chinese gift guide on its websites in China, Hong Kong, Taiwan, and Macao that features iPhone 13 models, AirPods, and more. 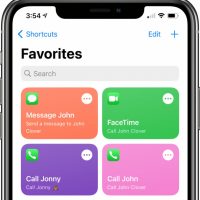 iOS 14 Favorites Widget: How to Make a Replacement With Shortcuts